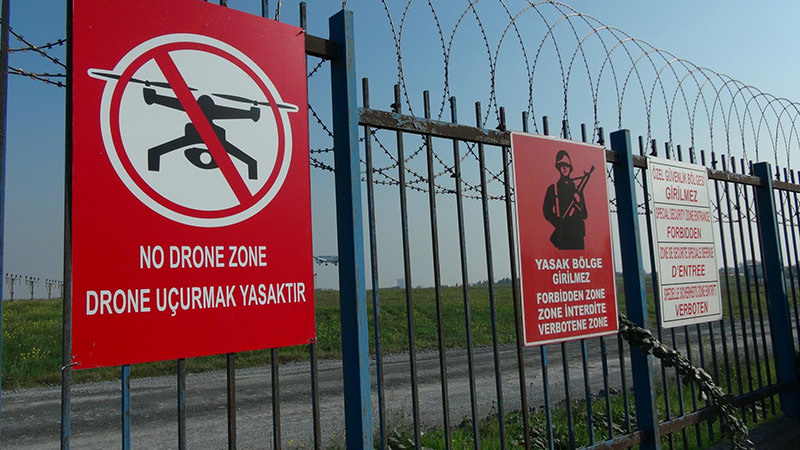 by Daily Sabah with DHA
Nov 13, 2015 12:00 am
Due to the increasing numbers of drones in recent years and their use threatening flight security, Istanbul's Atatürk Airport became the first "no drone zone" as warning signs were placed on fences around the airport.

The signs were placed next to warning signs stating that the area is a "Special Security Zone" and a "Forbidden Zone."

In March 2015, the General Directorate of State Airports Authority (DHMİ) pressed charges against a person flying a drone over the airport. Public prosecutors sued the person asking for a prison term of up to six years for threatening air traffic security.
Last Update: Nov 13, 2015 5:06 pm