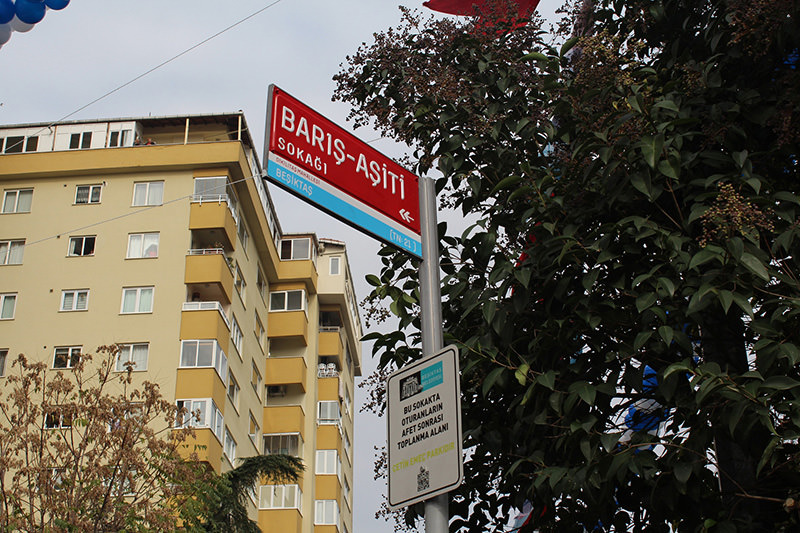 by daily sabah
Nov 16, 2015 12:00 am
A street in Istanbul's Beşiktaş district is to be named 'peace' in both Turkish and Kurdish from now on, and is likely to be the first bilingual sign in western Turkey.

The Beşiktaş Municipality decided to change the name of the street in the Dikilitaş neighborhood to feature both the words "Barış" in Turkish and "Aşiti" in Kurdish, which both mean 'peace' in English.

Speaking at the ceremony to introduce the new "Barış-Aşiti" street sign on Monday, Mayor Murat Hazinedar from the Republican People's Party (CHP) said that the district sets a precedent for Turkey for people to live their beliefs and lifestyles freely.

Hazinedar said that they visited their sister municipality Hakkari a year ago and they were welcomed with great interest. Stating that they are striving to bring together Turkish and Kurdish communities in Turkey, Hazinedar added that they will carry out projects with the Hakkari Municipality.
Last Update: Nov 16, 2015 7:59 pm