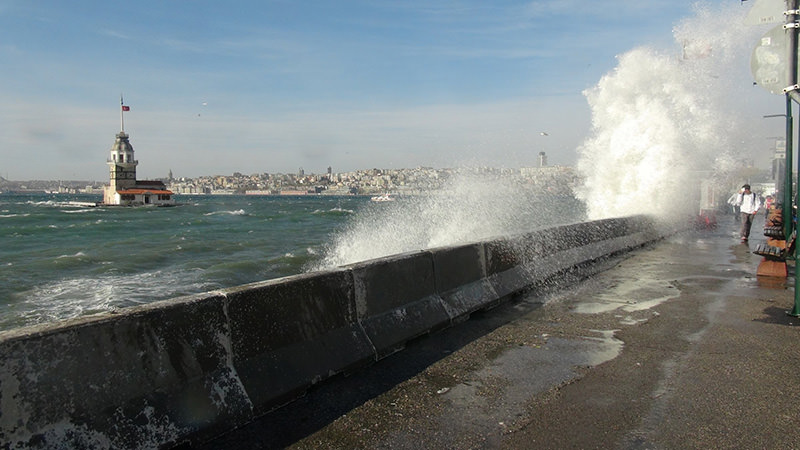 by Daily Sabah Nov 22, 2015 12:00 am
Scores of flights from Istanbul airports and ferries across the Bosporus and to Bursa via the Marmara Sea were cancelled over the weekend as life grinded to a halt in the entire region due to strong southwesterly winds, locally known as "lodos."

Similar ferry cancellations were reported near the Çanakkale Strait, on the opposite end of the Marmara Sea. Trees toppled and roofs tore off due to strong winds, with speeds approaching 100 kilometers per hour, that affected much of northwest Turkey.

A teenage brother and sister died from carbon monoxide poisoning in Gebze, Kocaeli when the stove they used to heat the house blew the smoke inward due to strong winds.

A motorcyclist died in Bursa when the winds swerved his vehicle toward a wall. Reports also said that dozens of cars were damaged across the region due to flying roof tiles and broken tree branches.
Last Update: Nov 22, 2015 3:43 pm
RELATED TOPICS