Hundreds of flights canceled in Istanbul during the snowstorm, services back to normal 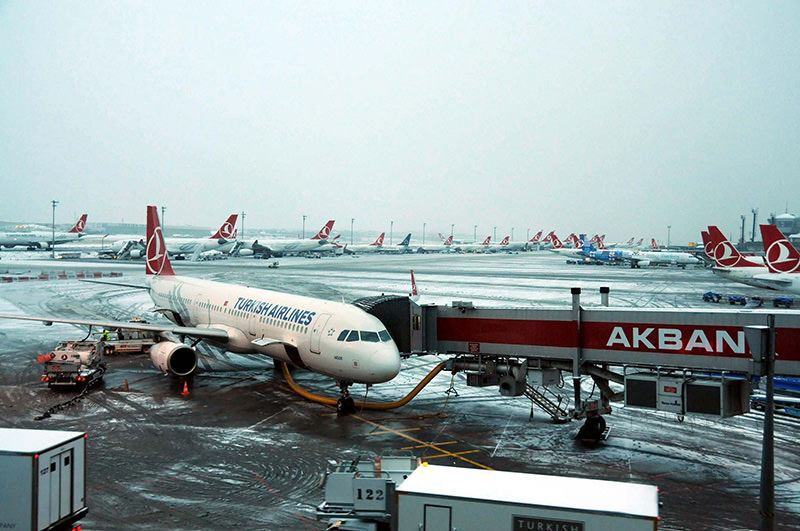 by daily sabah Jan 03, 2016 12:00 am
Services in Istanbul's Atatürk and Sabiha Gökçen airports, Turkey's main gateways to the world, have returned back to normal after hundreds of flights were canceled during the three-day-long heavy snowfall.

Using Atatürk Airport as its main international and domestic hub, Turkish Airlines alone had to cancel 529 flights in three days. The country's flag carrier hosted more than 9,700 passengers in hotels and served 28,900 passengers waiting in terminals with meals.

Hundreds of flights were also delayed during the snowstorm.

The financial toll of the disruption in services will soon be announced.

Officials from the airport management stated that there are still delays in flights due to conditions in arrival and departure airports.