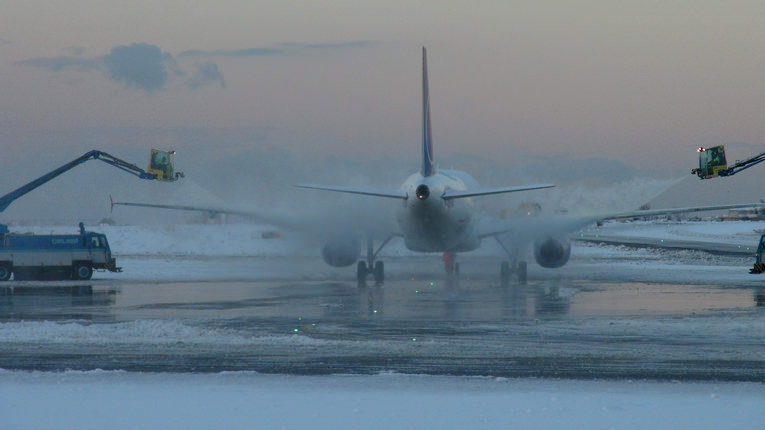 by daily sabah Jan 03, 2016 12:00 am
The three-day snow storm in Istanbul on new year's was cause for some major delays at Atatürk Airport causing arguments between the flight crew and passengers.

An unidentified pilot, reported by Doğan News Agency had radioed to the tower after delays lasted up to four hours at the airport, "The situation is becoming a police matter, the passengers are walking at the cabin crew."

A three-day snow storm, that hit Istanbul and other parts of northwestern Turkey, stranded hundreds of passengers in Istanbul for hours backing take-off traffic for 25 aircraft.

Pilot: The passengers are becoming a police matter. We would like to know an estimated time for takeoff?

Tower: You have a serious amount of air traffic in front of you. You radioed in second to last. There is serious traffic.

Pilot: The passengers have begun to walk at the cabin crew.