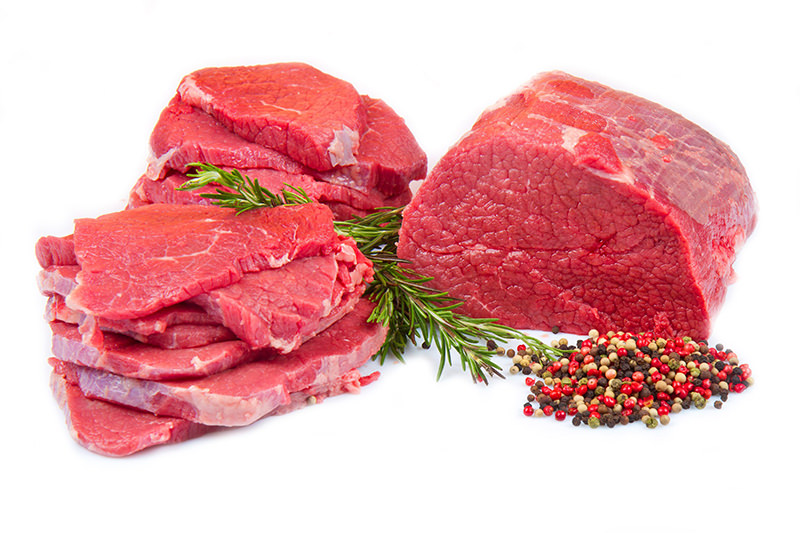 | File Photo
by daily sabah Jan 24, 2016 12:00 am
Out of 1.3 million tons of red meat produced every year in Turkey, Istanbul has become the top consumer with 330,000 tons, the Istanbul Chamber of Butchers revealed Sunday.

1.1 million tons of the amount produced is veal only and the remaining 220,000 was beef, lamb, goat etc., said the Istanbul Chamber of Butchers president Bilgin Şahin.

Şahin also stated that Istanbul's daily consumption of red meat was 400 tons in addition to another 400 to 500 tons of processed meat such as salami, sausages and pastrami.

Pointing out that Turkey's per capita meat consumption is much lower than Europe and the U.S., Şahin said that the U.S. remained the largest consumer with 45-50 kilograms of meat whereas Europe was at 33 kg and Turkey consumed a mere 14 kg per person.

Although red meat prices have tripled in the last 10 years, Şahin said that the government's move to scrap the value-added-tax on animal feed had relieved meat producers.

However, with consumers in Istanbul paying TL 40 for a kilo of beef mince, TL 50 for 1kg of steak and TL 38 for 1kg of lamb, many have long been waiting for a significant reduction in prices.