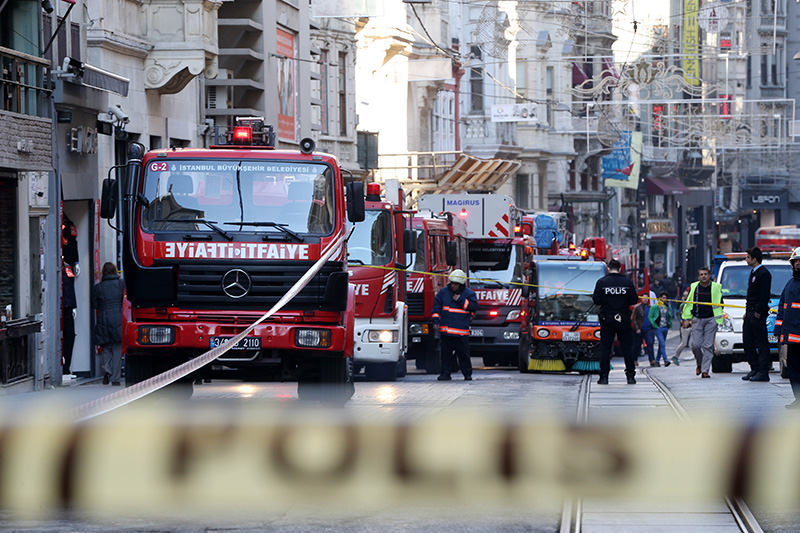 | AA photo
by Anadolu Agency Feb 02, 2016 12:00 am
A building on Istanbul's teeming İstiklal Street was evacuated Tuesday after a fire broke out due to an electricity fault, the Turkish fire department said.

Hüseyin Çolak, who works in the building, said that the fire broke out on the seventh floor. "It was not a flamed fire; there was intense smoke," he said.