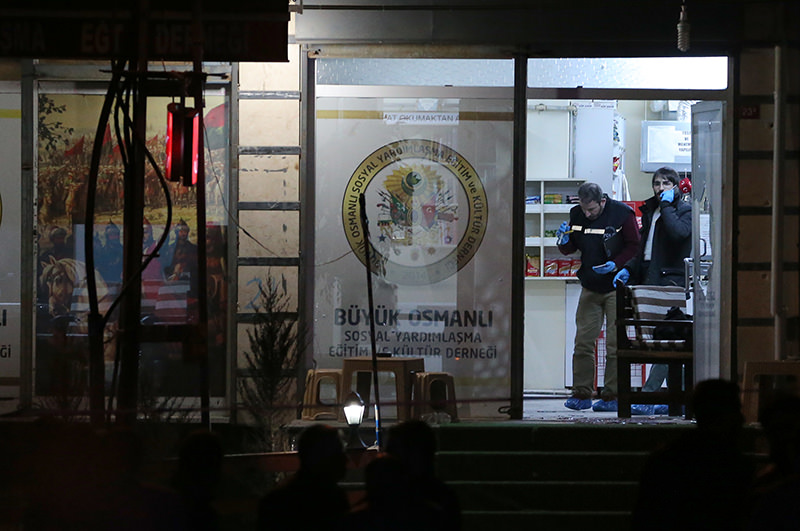 3 gunmen with long-barreled weapons opened fire on The Great Ottoman Social Assistance and Solidarity Association and injured 4 on Feb 2 ,2016. (AA Photo)
by Daily Sabah Feb 02, 2016 12:00 am
A group of armed assailants stormed a local association in Eyüp district of Istanbul late Tuesday, killing one and wounding three others.

According to initial reports, three gunmen with long-barreled weapons opened fire on The Great Ottoman Social Assistance and Solidarity Association located in the Yeşilpınar neighborhood at around 10:00 p.m.

In the attack one person was killed, whereas three others were injured, with one in serious condition.

İsmail Bayram, 31, suffered serious wounds and lost his life during surgery in a private hospital in the district of Alibeyköy.

A taxi was also caught in the gunfire.

Meanwhile, police and armored vehicles were immediately dispatched to the scene, with security forces launching an air supported operation to capture the assailants.
Last Update: Feb 03, 2016 11:32 am
RELATED TOPICS