One killed, another wounded after drive-by shooting at Istanbul coffeehouse 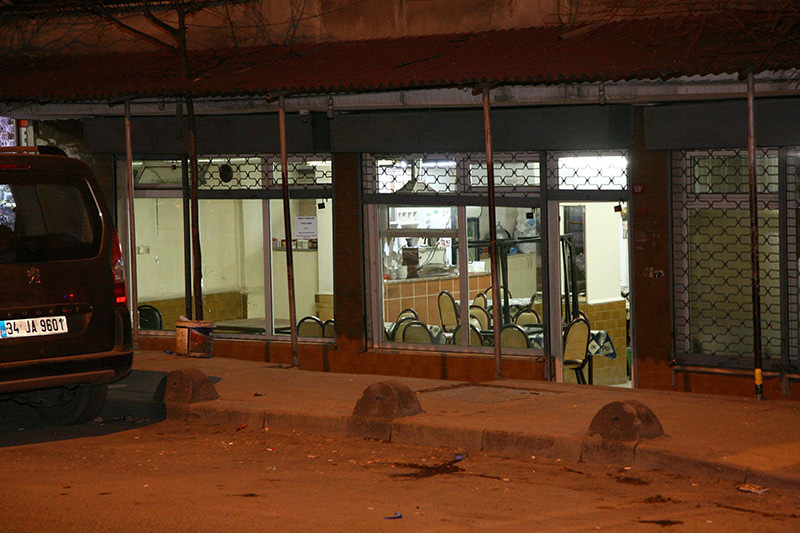 by Daily Sabah with AA Feb 08, 2016 12:00 am
One man was killed and another wounded after shots were fired at an Istanbul coffeehouse Sunday night, the latest in a string of armed attacks in coffeehouses, historically popular haunts across the country.

Eyewitnesses told Anadolu Agency that the unidentified attackers arrived in the city's Kağıthane district on the European side by car before opening fire on the cafe's customers.

The attackers then sped off.

One victim was pronounced dead at the scene; the injured man was taken to Şişli hospital.

Police sealed off the premises and launched an investigation. Anadolu Agency footage showed the coffeehouse's windows riddled with bullet holes.

In recent weeks, four people have been killed and seven wounded in five different gun attacks on neighborhood coffeehouses and business premises across several districts of Istanbul.
Last Update: Feb 08, 2016 11:57 am
RELATED TOPICS