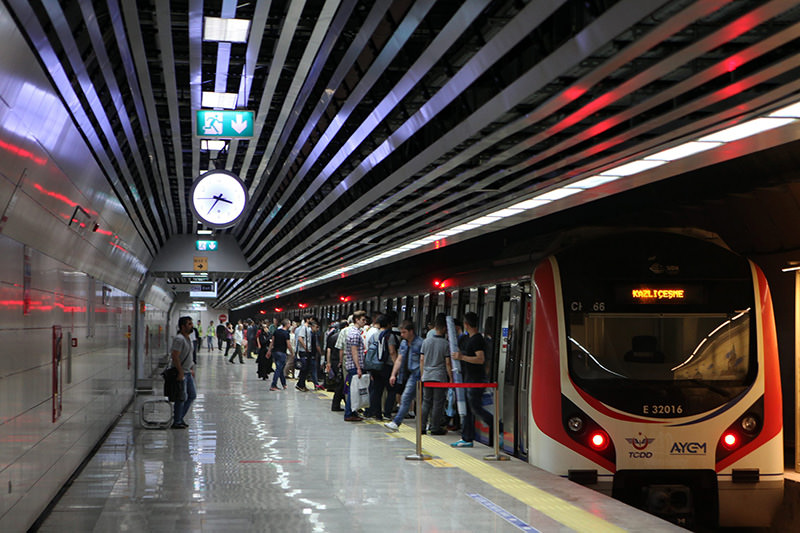 by Daily Sabah Feb 20, 2016 12:00 am
Minister of Transport, Maritime Affairs and Communications Binali Yıldırım said on Saturday that there has been a decrease in number of vehicles using one of the two bridges over Istanbul's Bosporus for the first time as more passengers have chosen to use the underwater subway Marmaray rather than traveling by cars.

"In 2015, for the first time, there was a decrease in number of vehicles using the Bosporus bridges Marmaray,"Yıldırım said.

The minister added that since the opening of Marmaray in 2013, nearly 122 million passengers used the subway.

Currently, the Bosporus bridge and Fatih Sultan Mehmet Bridge are the only two bridges over the Bosporus, while construction of the third one continues. The daily commute over the bridge turns into a nightmare for the Istanbulites as traffic jams can take hours. Since the opening of Marmaray more Istanbulites have been utilizing the subway instead of the busses or the ferries to cross from Asian side of the city to European side or vice versa. The third bridge, Yavuz Sultan Selim Bridge, in addition to Marmaray, is expected to relieve some of the congestion from Istanbulites' daily lives.
Last Update: Feb 21, 2016 5:41 pm
RELATED TOPICS