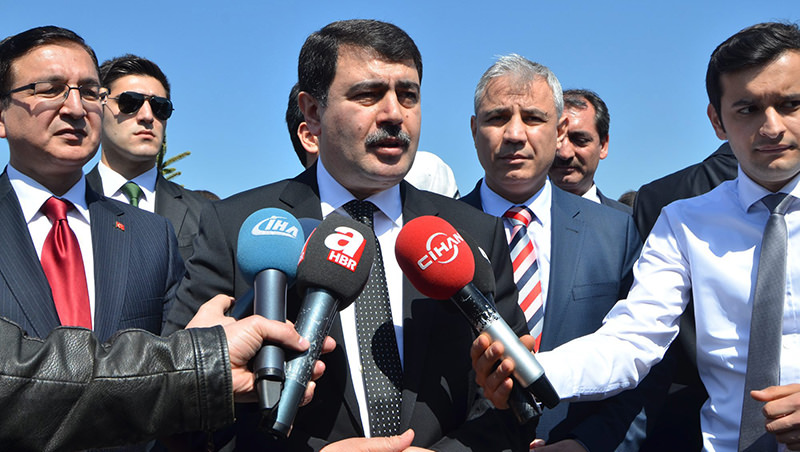 | Sabah Photo
by Anadolu Agency Mar 04, 2016 12:00 am
Istanbul's governor has urged the city's residents to stay calm following a gun-and-grenade attack on police officers on Thursday.

Speaking on Friday Vasip Şahin said the city's security forces were on alert against any kind of attack.

"Our security forces are exerting the utmost efforts to provide confidence and tranquility in the city," Şahin told reporters. "Additional measures sometimes may need to be taken."

His remarks came after a gun-and-grenade attack conducted by two female assailants in Bayrampaşa district on the European side of the city on Thursday morning.

The pair were members of the terrorist Revolutionary People's Liberation Party-Front (DHKP-C), according to police sources.

The DHKP-C, which has been listed as a terrorist organization also by the U.S. and the EU, has carried out a number of attacks in Turkey, including a suicide bombing on U.S. embassy in Ankara and an armed attack on the U.S. Consulate General in Istanbul as well as Turkish security forces.

In his remarks, Şahin called on people to stay calm:

"We expect them [Istanbul residents] to help our police and gendarmerie. We will respond [to such incidents] much more comfortably if they see any suspect people or incidents and share them with us."

Speaking of the recent attacks in the city, he said: "They [terror organizations] are trying to show power but it will come to nothing with the help of God and efforts of our friends [security forces]."

In a separate incident, three attackers also shot at a police car in the Okmeydanı neighborhood, which is connected to Kağıthane and Şişli districts on Istanbul's European side.