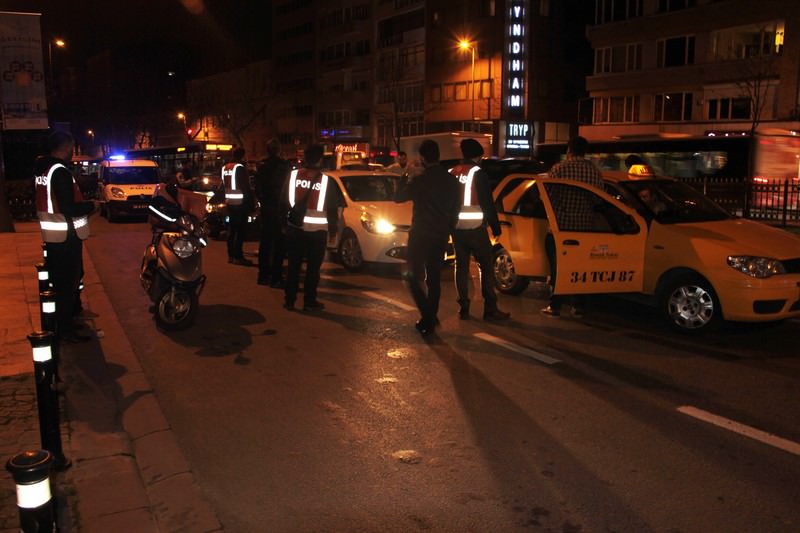 by Anadolu Agency Mar 05, 2016 12:00 am
Istanbul police on Saturday launched an operation backed by helicopters in a move to ensure public order.

The operation, dubbed "Yeditepe Huzur" (Yeditepe Peace), was launched at 8 p.m. local time (1800GMT) with the involvement of 5,000 police officers from the narcotics, anti-terrorism, anti-smuggling and organized crime, and traffic divisions.

Wanted individuals, suspects carrying guns and knives, and drug sellers were the targets of the operation.

According to police, the operation will continue until late in the day.
Last Update: Mar 05, 2016 11:49 pm
RELATED TOPICS