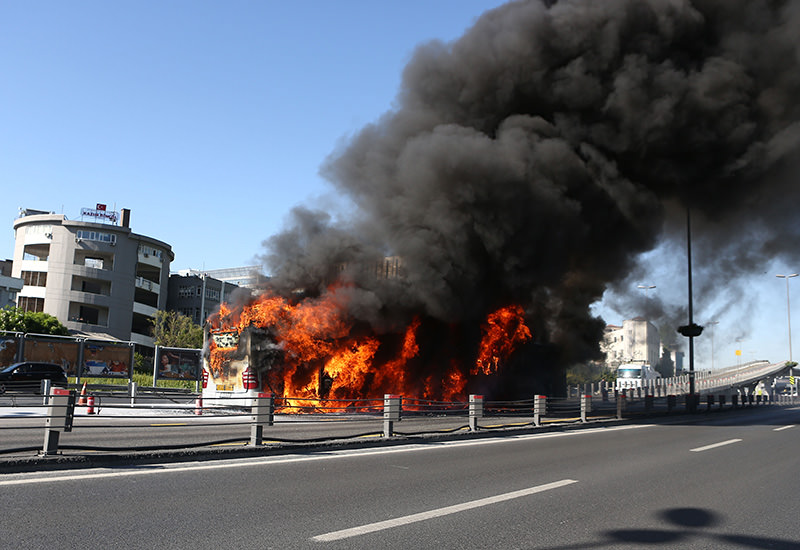 There were no injuries or casualties in the incident, which only led to a brief suspension of the services on the metrobus line, a vital means of transport for Istanbulites.

The fire has reportedly been extinguished and the incident is under control.

The bus was reported to be en route to the terminal due to a malfunction as it caught fire.

The Avcılar station was earlier evacuated on Sunday due to a suspicious package, which was later found out to be a broken thermos.

The Metrobus system spans to a total length of 46 kilometers with 44 stations.