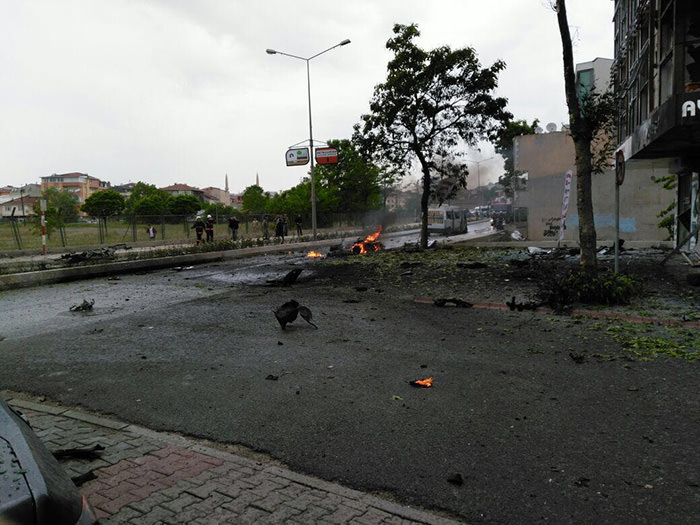 An explosion took place on Thursday inside a car in Istanbul's Sancaktepe district near military barracks as a vehicle carrying military personnel was passing by, injuring at least eight people.

The explosion occurred near the entrance to the military garrison in Sancaktepe as the evening rush hour began.

Istanbul Governor Vasip Şahin said that five soldiers and three civilians were injured as a parked car exploded while a military minibus carrying personnel left the military barracks located in the Samandıra neighborhood. Şahin said that one female civilian personnel remains in critical condition, while others were slightly injured.

The Turkish Armed Forces released a statement after the incident stating that explosion that took place around 4:40 p.m. slightly injured two military personnel while the other four and the driver of the military bus received outpatient treatment as precaution.

Initial investigation revealed that the vehicle was detonated remotely.