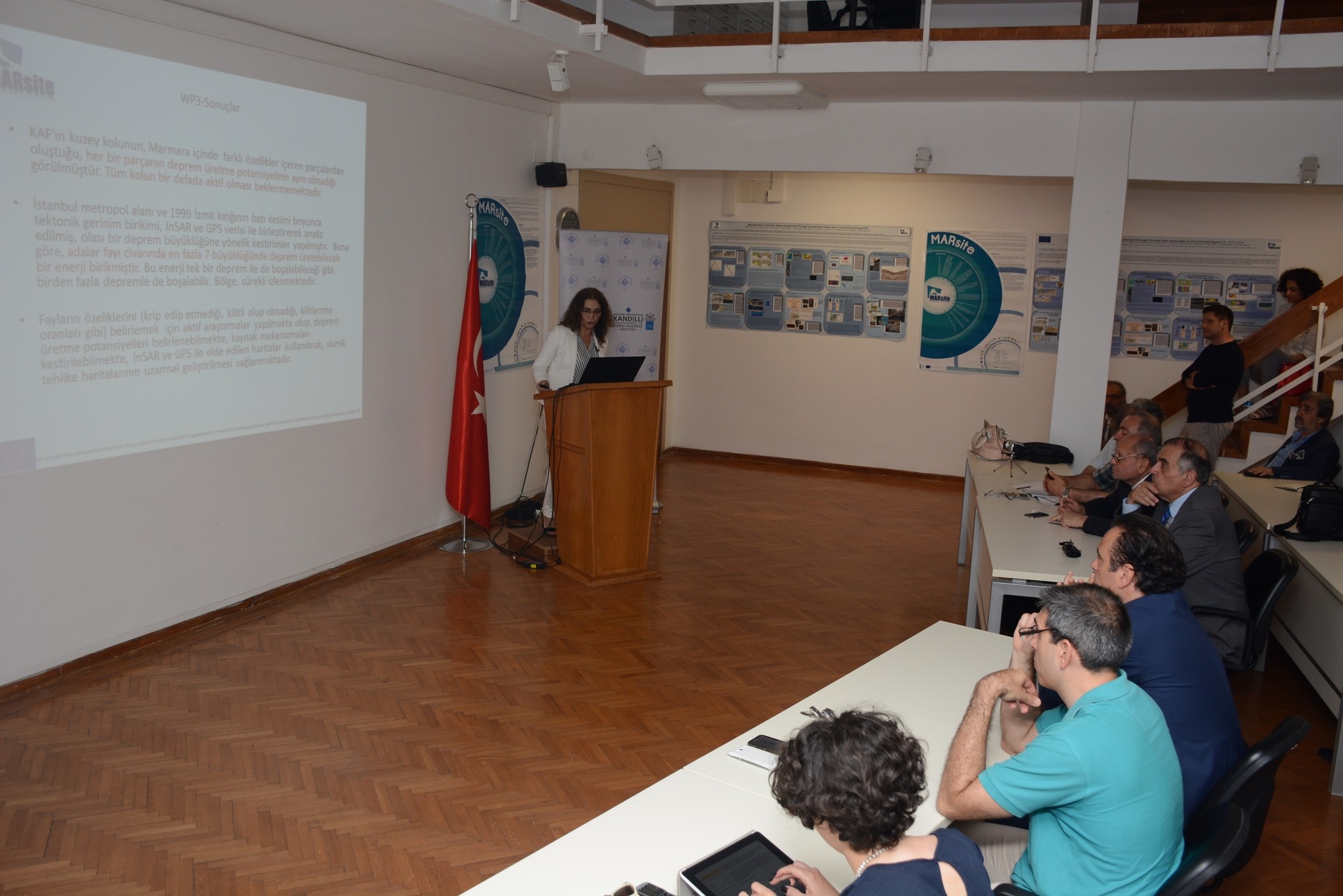 Findings of a large scale study examining fault lines near Istanbul at the bottom of the Marmara Sea was revealed on Monday, helping reduce fears of a large scale earthquake that would tremble Turkey's largest city.

Speaking on the results of the MARmara supersite (MARsite) project in a press conference held in the Kandilli Observatory and Earthquake Research Institute, project coordinator Prof. Dr. Nurcan Meral Özel said that the fault lines located at the seabed of Marmara are composed of different segments, rather than a single continuous fault line. Professor Özel explained that this feature helps reduce the amount of energy stored at the fault line and causes earthquakes of lesser magnitude than a large single fault line. She also added that a large scale earthquake hits the Marmara region approximately every 50 years and causes damage. 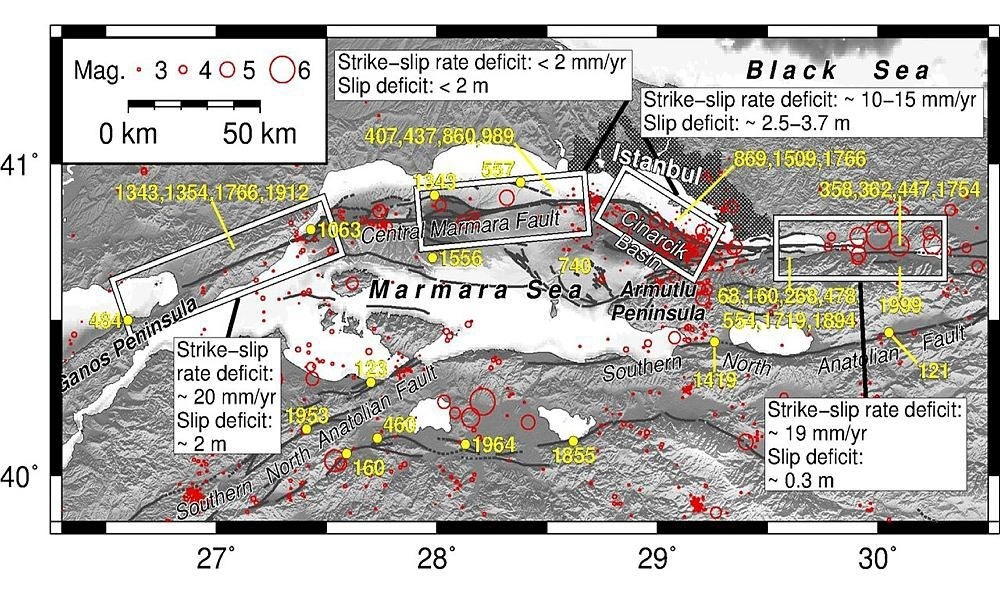 Regarding the expected large Istanbul earthquake, Özel said that a destructive earthquake is expected to take place on the Marmara fault line, an extension of the major North Anatolian Fault, within 30 years with a 66 percent possibility. Marmara fault line runs some 15 to 18 kilometers south of Istanbul.

Aiming to analyze dangers posed by natural disasters like earthquakes, tsunamis and landslides and reduce their respective risks, MARsite project was finished in 3.5 years with the participation of 21 institutions from Turkey and Europe. The Marmara region located in northwestern Turkey was designated as one of three regions that require monitoring priority by the European Union, which supported the project.

The project was contributed by the Scientific and Technological Research Council of Turkey (TÜBİTAK) and Istanbul, Istanbul Technical and Kocaeli universities. Final results of the study will be presented to Istanbul Governorate, the Prime Ministry Disaster and Emergency Management Authority (AFAD) and Istanbul Metropolitan Municipality (IBB) in order to take necessary steps to prepare the city for a future earthquake.

With the data produced within the project, 33 research papers were published in the last three years. Özel stated that the project budget was eight million euros and more than 100 scientists take part in the project.

A deep well monitoring system was designed and placed 150 meters deep inside the fault line's segment located in Şarköy district of Tekirdağ province. This system will enable researchers to monitor even the smallest earthquakes, along with the tensions on the fault line. 16 GPS stations located in Marmara region were renewed to produce real time data, which will enable new modelling produced out of geodesic and seismic monitoring.