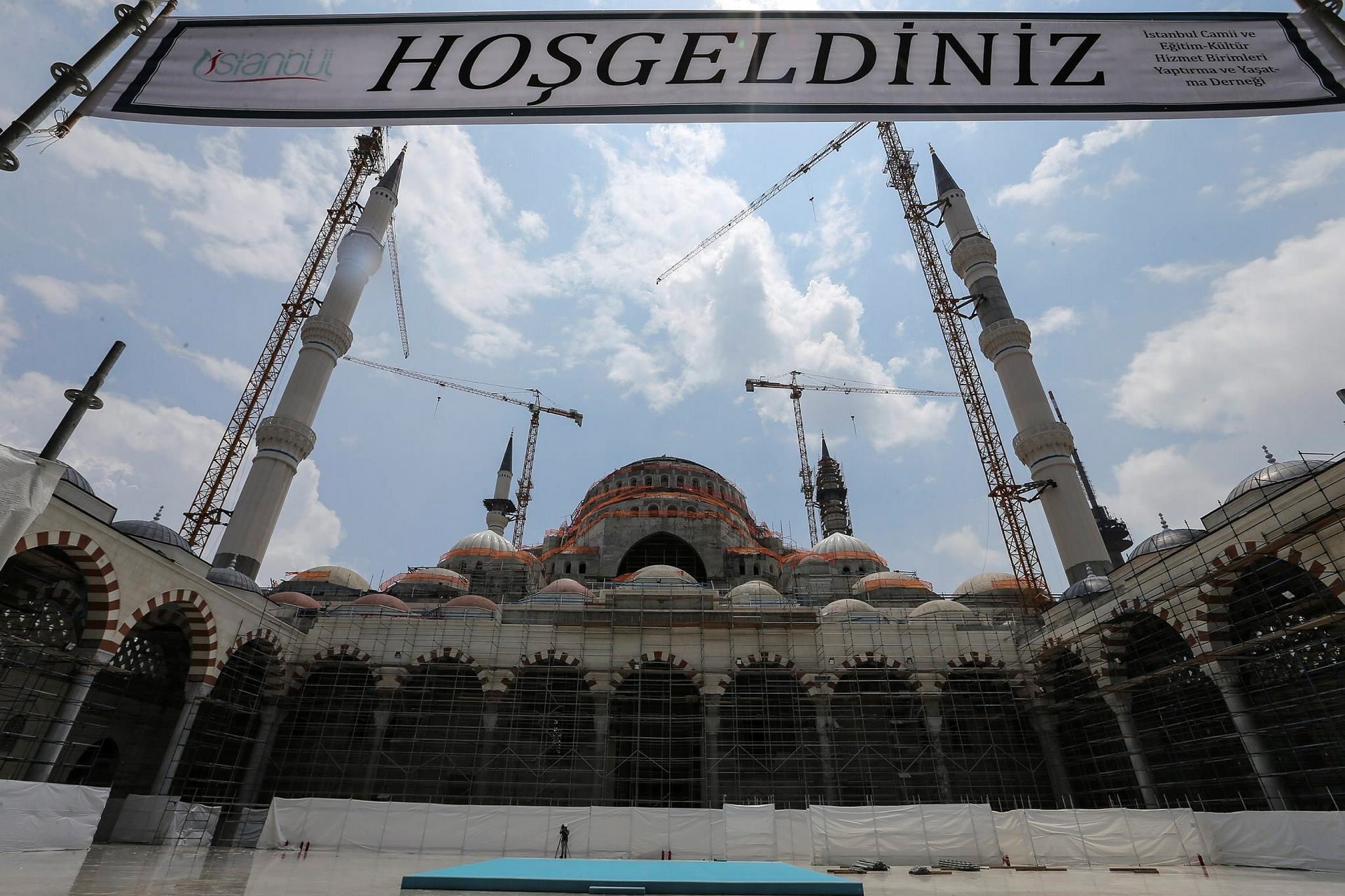 | AA Photo
by Daily Sabah with Agencies Jul 01, 2016 12:00 am
Istanbul's towering Çamlıca mosque received its first worshippers Friday, as Turkey unveils its latest grand project on Friday night to mark Laylat al-Qadr, one of the holiest nights in the month of Ramadan, when sins are forgiven.

The mosque's inaugural prayers will be held for Laylat al-Qadr (Night of Power), traditionally considered the 27th night of Ramadan, marking the revelation of the Quran to the Prophet Muhammad.

But as the mosque remains unfinished, with several more months of work ahead, worshippers will pray in the courtyard.

President Recep Tayyip Erdoğan personally supervised the construction of Turkey's biggest mosque, designed to accommodate up to 60,000 worshippers and visible to all from its perch on a hill on Istanbul's Asian side.

The mosque was designed by two female architects, Bahar Mızrak and Hayriye Gül Totu, with a budget of roughly TL 150 million ($66.5 million).

Constructed on a 30,000-square meter area, the female-friendly mosque features special accommodations for the disabled, a platform where visitors can observe prayers, an Islamic art gallery and museum, as well as a library. The mosque's construction began in August 2013.

The mosque's minarets reach 107.1 metres (350 feet) into the sky, higher than those of the mosque in Medina.

Turkey recently inaugurated the fourth-longest suspension bridge in the world across the İzmit gulf.

The $9 billion (€8 billion) Osman Gazi bridge is one of the several infrastructure projects which have become the symbols of the Turkish government's achievements.

In March Turkey also laid the last section of a $3 billion bridge spanning the Bosphorous strait, linking Europe and Asia for a third time.
Last Update: Jul 02, 2016 12:22 am
RELATED TOPICS