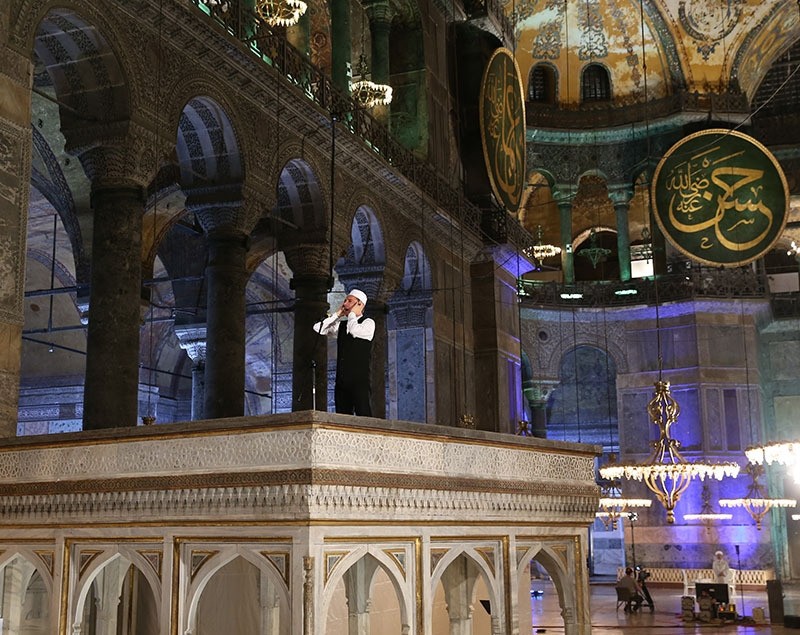 Hagia Sophia reverberated to a muezzin's call to morning prayer from inside the 6th century Istanbul landmark for the first time in 85 years on Saturday.

The building in the city's historic Sultanahmet district broadcast the azan from its minarets following Friday's Laylat al-Qadr, or night of power, marking the first revelation of the Quran to the Prophet Muhammad.

The broadcast of the morning call to prayer from within Hagia Sophia is likely to reignite the controversy over the use of the building, which was designated a museum in 1935 under Mustafa Kemal Atatürk, the Republic of Turkey's first president. 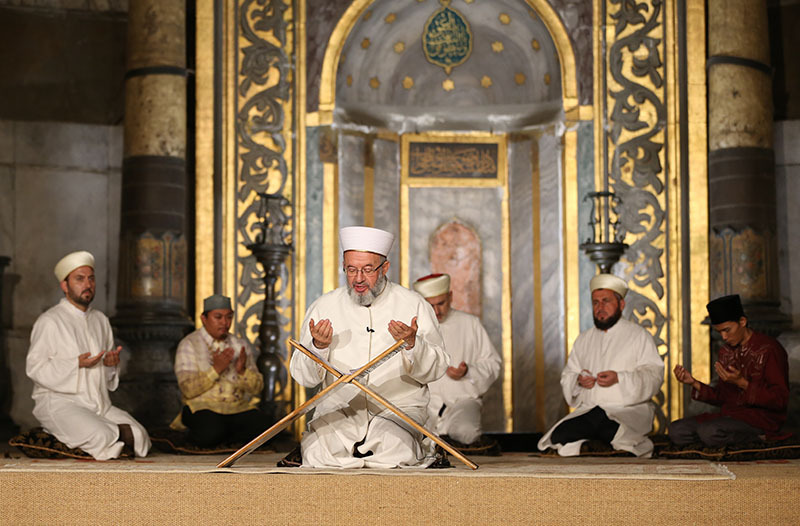 Although the prayer call has been played from Hagia Sophia's minarets for the last four years, the muezzin has always chanted from a prayer room in the museum grounds rather than from inside the former mosque and cathedral.

Built as an Orthodox Christian basilica during the reign of Byzantine Emperor Justinian I in 537, the famous domed structure, known as Ayasofya in Turkish, was converted to a mosque following Sultan Mehmet II's conquest of the city in 1453.

In recent years there have been calls to return the building to Muslim worship. Last month, the Greek government complained about the reciting of the Quran in Hagia Sophia during Ramadan -- criticism the Turkish Foreign Ministry described as "unacceptable".

The azan call was televised in a Saturday program featuring Mehmet Görmez, the head of the Religious Affairs Directorate. 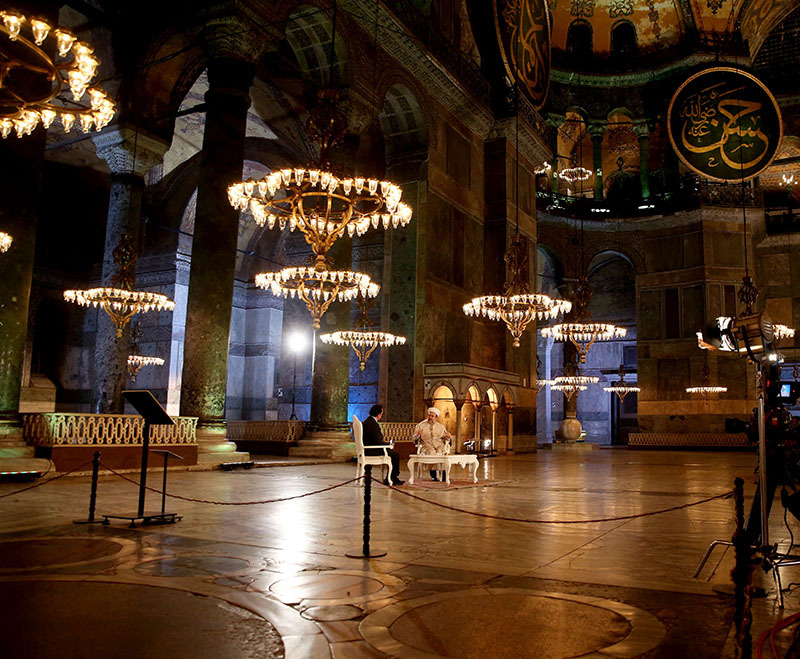 Görmez used his appearance to describe the terrorist attack on Istanbul's Ataturk airport, in which 44 people and three attackers died, as part of a "war waged on Islam".

He said Islam was among the victims of terrorism. "The slaughtered ones are not only our lives but also the highest values that have been brought to humanity by Islam," he said.