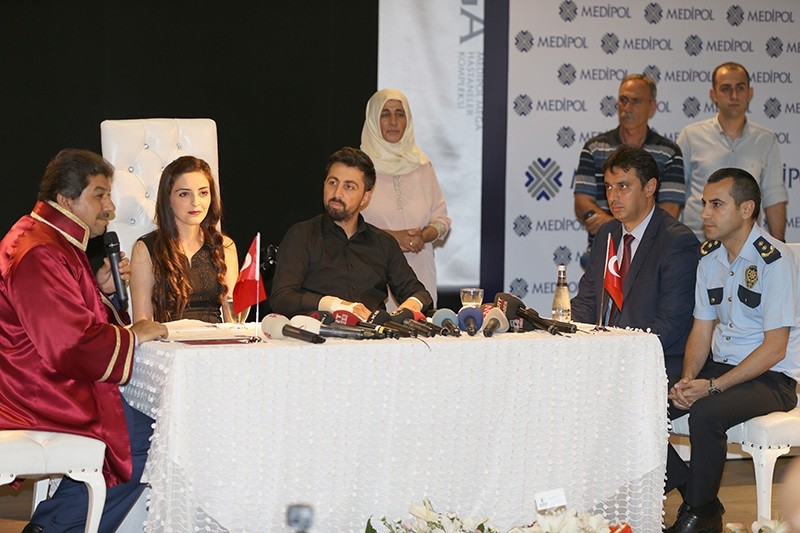 A police officer who was wounded during the July 15 failed Gülenist coup attempt tied the knot in a ceremony held in a hospital on Tuesday, despite his wounds and being in a wheel chair.

According to Doğan News Agency, the officer, Ferdi Akgün, from the Police Department of Istanbul's Başakşehir district, was called to duty on July 15 amid the coup attempt, even though it was his off-duty day.

Akgün, who was wounded from his leg and arm during clashes on July 15, got married with Nesrin Demir, 23, in the hospital where he is receiving treatment.

He arrived at the ceremony in a wheel chair, where both the bride and groom were wearing black outfits. 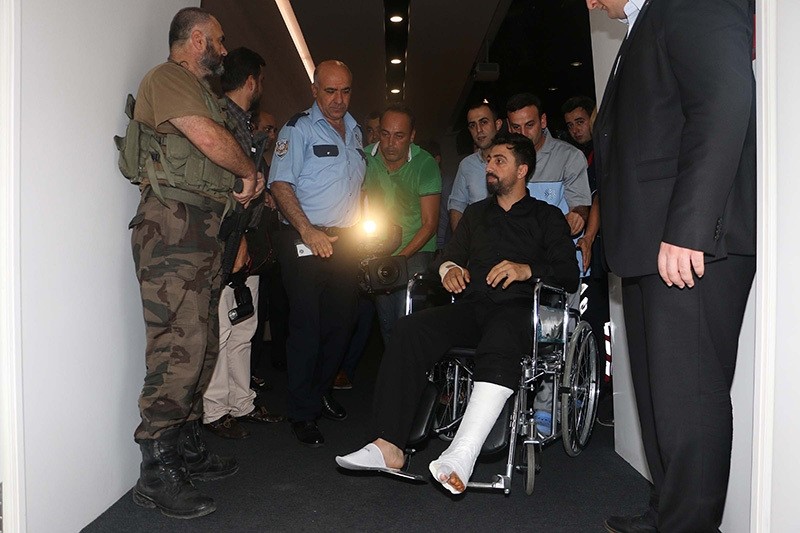 Akgün said that on July 15 he was out handing his wedding invitations to friends and family, but amid the incidents, he went back to duty.

"Upon the incidents, we returned back to duty. We are honored to be veterans for this purpose. My friend who was with me and I are being treated at the same hospital," Akgün said.

"We have friends in much worse condition. We did not want to over-do the ceremony. We just signed the papers as required," he added.

The couple, who tied the knot in an official ceremony, is also planning to have a wedding reception on August 21 in Turkey's eastern Erzurum province.