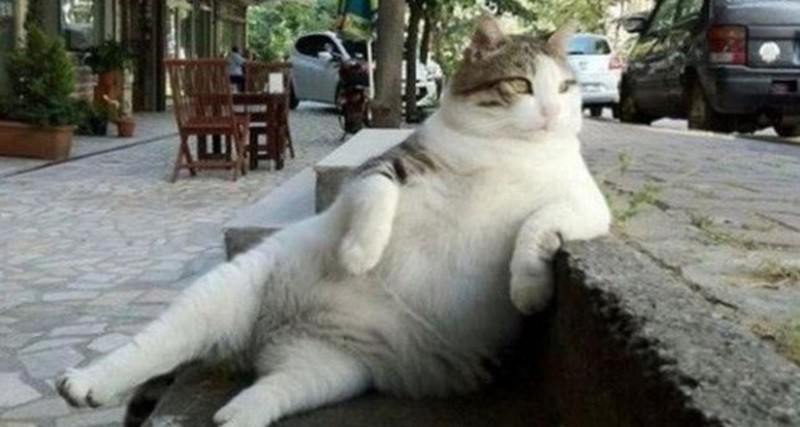 An online petition was launched on Tuesday to erect a statue of "Tombili," Istanbul's social media phenomenon cat that passed away last week.

The campaign launched at the change.org petition website aims to initiate the Kadıköy Municipality, which covers Tombili's native Ziverbey neighborhood, to erect a statue of the cat portraying his way of sitting that made it famous through a picture.

"We want Tombili, which had become a mascot for the neighborhood and whose fame has crossed Kadıköy and reached to out the world, to be remembered and not forgotten, similar to the famous statue of Hachiko the dog in Japan," the statement said.

So far, more than 12,000 people signed the campaign that aims to collect 15,000 signatures, while many national news outlets have covered the campaign.

The fuzzy cat became popular after her photos, showing her sitting like a boss on a side walk, were circulated on social media channels.

Tombili had fallen ill nearly one and a half months ago and passed away two weeks ago.

The word 'tombili' is frequently used for chubby pets in Turkish.

Residents in Ziverbey's Güleç Çıkmazı street announced her passing away by hanging posters, saying "You will live in our hearts", on the tree where Tombili would lay beside.