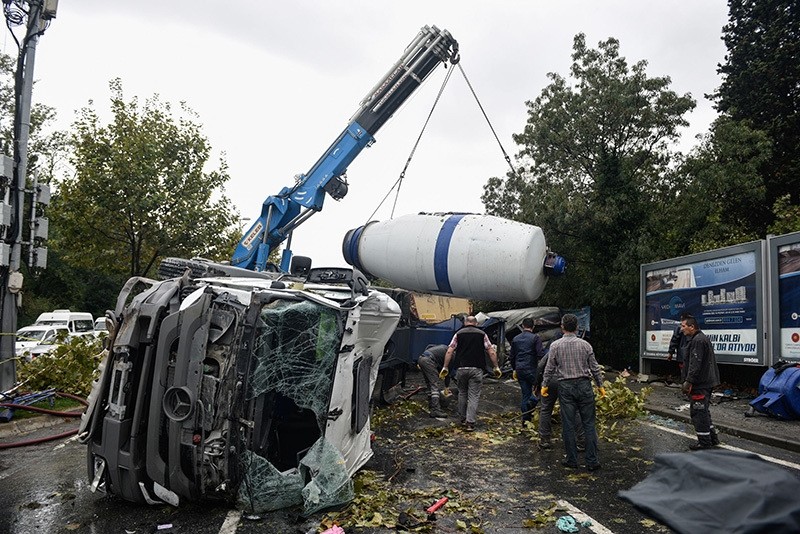 A concrete mixer went out of control and crashed into six vehicles in Istanbul's Maslak business district on Wednesday, killing one person and injuring seven others before it stopped.

The incident took place as the busy Büyükdere Avenue's ground became slippery due to rain. The mixer first hit the road barrier on the side of the road and knocked over several trees afterwards. The out of control mixer then crashed into cars waiting at the traffic lights and crossed into the other lane, crashing several more.

Firefighters and ambulances were dispatched to the scene to look for possibly wounded people who in the crashed vehicles.

At least one was killed and seven others were injured in the accident, while the avenue, one of Istanbul's main arteries, was closed to traffic for hours.