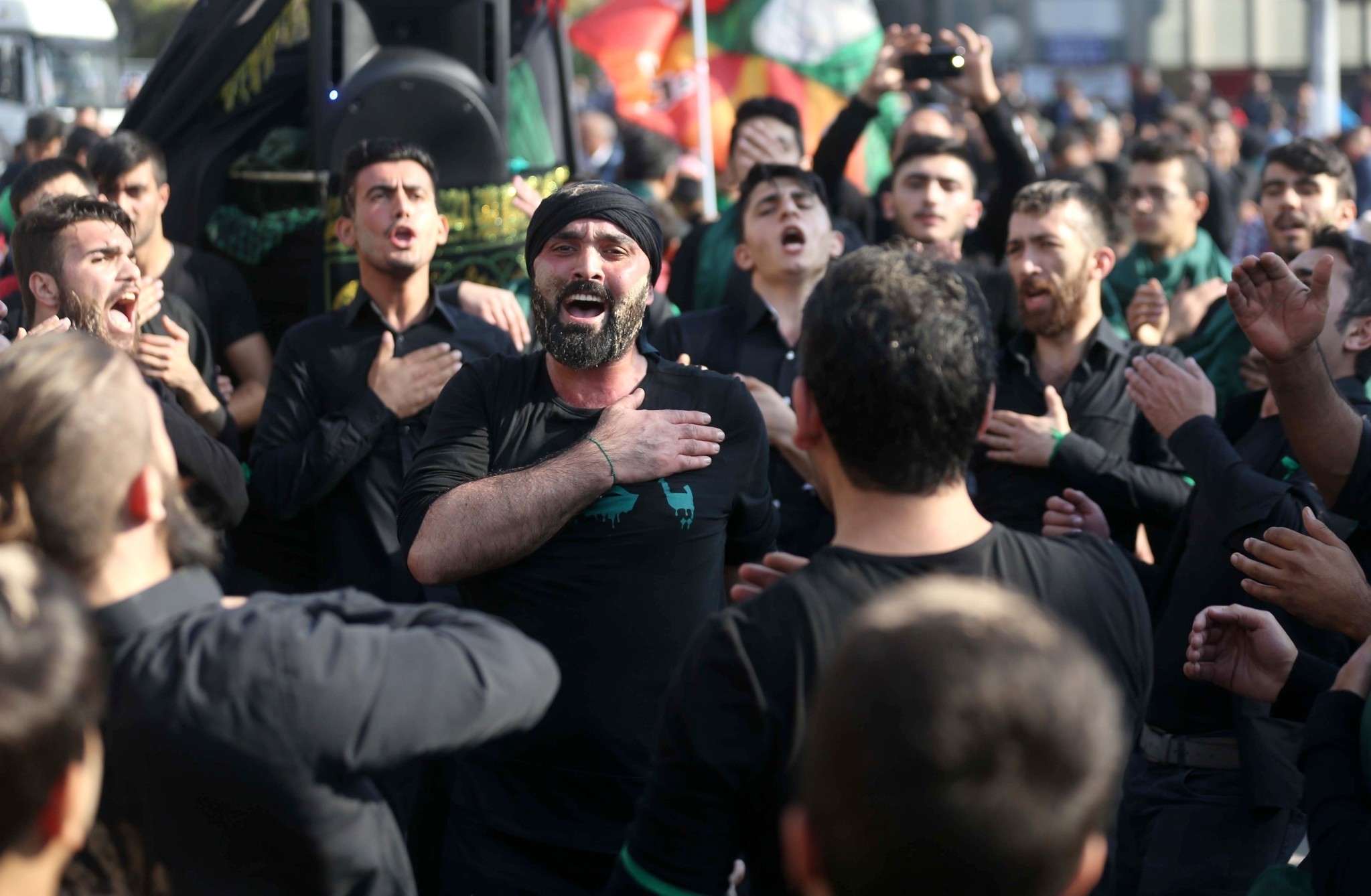 by Daily Sabah Oct 12, 2016 12:00 am
The Jafari community, consisting mainly of Shiite Muslims living in Istanbul, joined Shiites across the world Tuesday to mark Ashura Day, a commemoration ceremony for Imam Hussein, the grandson of Prophet Muhammad (Peace Be Upon Him) and a revered figure both for Shiites and Sunnis.

Dressed in black, believers chained their hands in a symbol of suffering for Hussein who was killed 1,377 years ago in the infamous Battle of Karbala.

Küçükçekmece, a district on Istanbul's European side, which hosts a sizable Jafari community, was the center of the commemoration ceremonies.

The faithful gathered at a culture center for a commemoration event where verses from the Quran as well as religious hymns were recited.
Last Update: Oct 12, 2016 1:10 am
RELATED TOPICS