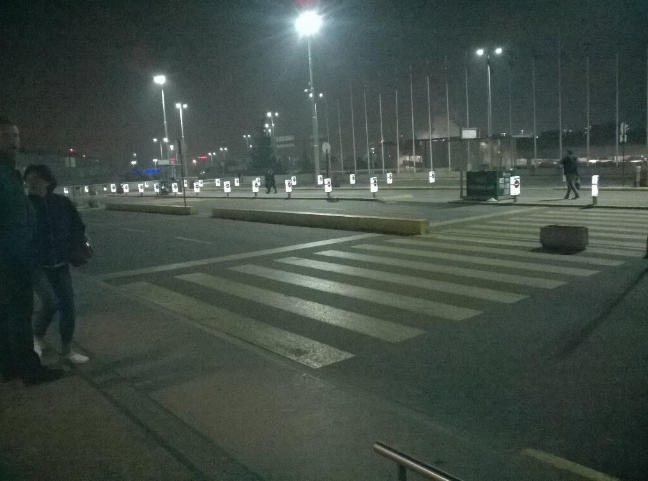 The outside of Atatu00fcrk International Airport following the incident. (Via Twitter)
by Daily Sabah Nov 06, 2016 12:00 am

Istanbul's Atatürk Airport was briefly was placed under a brief lockdown when two suspects on a motorbike tried to escape after being warned to stop by police officers on Saturday night.

The security officials closed off all entry and exit points at the airport during the hunt for the two suspects.

The suspects were reportedly both intoxicated and one of them had a criminal record for theft.

Both suspects were detained after they were caught by police officers.

The Turkish Airlines made a statement following the incident, announcing that all flights would resume without a delay and that the situation at the airport returned to normal.

Local news sources earlier claimed that one of the suspects was carrying a gun, but Istanbul's governor Vasip Şahin denied the claim, and tweeted that no weapons or explosives were found on the suspects.