A taller skyline for Istanbul amid construction boom 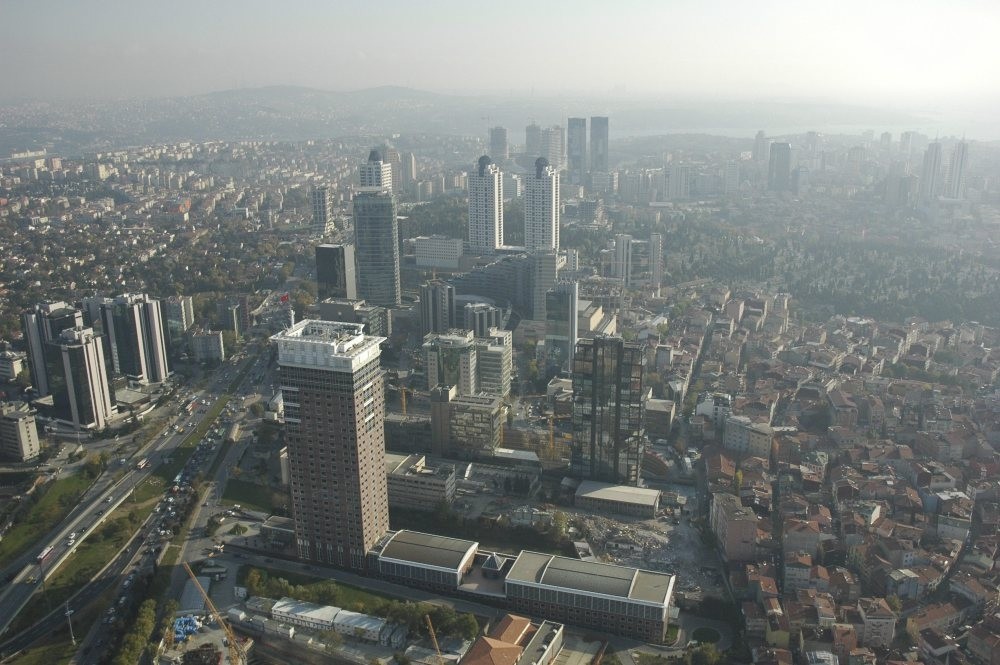 Skyscrapers in the Levent district.
by Nov 17, 2016 12:00 am
From the decrepit slums replaced with modern housing complexes in the suburbs to financial districts at the heart of the city, Istanbul has been witnessing a construction boom in recent years. Skyscrapers, a symbol of modern cities, naturally, started dotting the sky in the past two decades across Turkey's most populated city. Now the "tallest city" in Europe for ubiquitous skyscrapers, Istanbul aims to join the first 15 countries with the most skyscrapers in the world in a list prepared by Emporis, a company providing data on real estate around the world. It currently ranks 24 out of 25 cities across the globe with only 122 skyscrapers compared to 1,300 in Hong Kong, home to a mere population of 7 million people, half of Istanbul's current populace.

Though a construction boom is underway across Turkey amid a steady pace of economic growth credited with the government's reforms in every field, Istanbul remains a hub of skyscrapers. Constantly receiving migration, the former capital of the Ottoman Empire, where high-rise residences stick out among silhouettes of centuries-old mosques' minarets, strives to address the housing needs both of those impoverished as well as an emerging influence of middle-class and high-income households. Once confined to serve as the headquarters of large conglomerates or hotels, skyscrapers increasingly turn into multi-purpose complexes, such as hospitals, residences and home to offices of various companies.

Along with the housing needs of the current population, skyscrapers will help accommodate incoming businesses and an increasing population thanks to so-called "mega projects," such as a planned new canal in the city's north, a third airport currently under construction, and underwater tunnels easing traffic between Asian and European sides, among others. On the European side, skyscrapers expand to Bomonti, a relatively new business district, from Büyükdere, a main street straddling the original financial district between Gayrettepe and Maslak. On the Asian side, where the Istanbul Finance Center, or Turkey's "Wall Street" will be built, skyscrapers will likely join already existing ones within a decade as more companies prefer Ataşehir and Ümraniye, two districts where the Finance Center would bring together financial powerhouses in one major complex, as their headquarters.

It remains to be seen whether new skyscrapers will outgrow Sapphire Tower, a 54-floor, 261-meter high building in Levent on the European side, which is currently the tallest in Istanbul.
RELATED TOPICS