Winter sets in as snowfall predicted for Istanbul 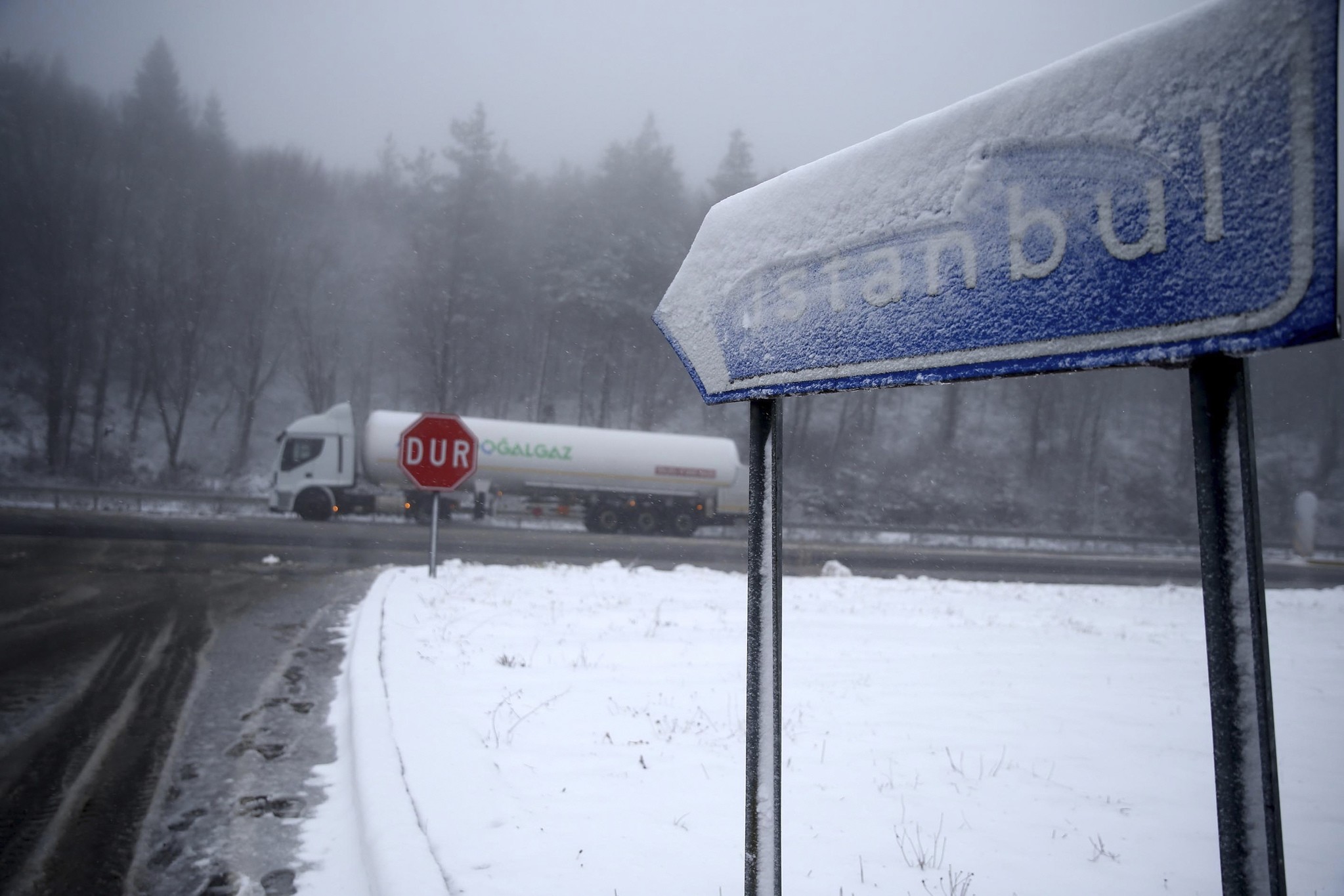 by Daily Sabah Dec 14, 2016 12:00 am
An onslaught of snowfall was predicted for Istanbul today a few weeks after the first snowfall of the season blanketed the higher grounds in country's most populated city.

The rest of Turkey, except a few cities in the west, is embattled with cold weather, rainfall and occasional snowfall while meteorology experts warned about the precipitation in Istanbul with a steep drop in temperatures that already started yesterday. Temperatures were fluctuating above the seasonal normal since last week.

The rainfall in Istanbul, which started on Monday night, was set to be replaced by a mix of sleet and freezing rain later yesterday and finally changing into snow in the early hours of today.

The General Directorate of State Airports Authority (DHMI) announced late Monday that Atatürk International Airport will reduce the number of flights due to bad weather.

"Due to the unfavorable weather conditions in certain regions of the country, the number of flights departing from Atatürk Airport will be reduced by 5 percent between 3:00 p.m. on Dec.13, 2016 and 6:00 a.m. on Dec. 14, 2016. Passengers should check the websites of the companies they bought tickets from to stay informed as to whether their flight will be affected," the DHMI statement said.

While snowfall is expected to continue today, the northern parts of Istanbul, especially hills and higher altitudes, will receive up to 5 centimeters of snow.

Apart from the coastal areas in the Mediterranean and Aegean regions, snowfall is expected in the Trakya region, west of Istanbul and Anatolia. However, the northern and eastern parts of Turkey will experience much heavier snowfall than rest of the regions.

Authorities stepped up measures to prevent disruptions to the daily life in the city. Greater Istanbul Municipality announced that their snow clearing crews composed of 7,000 personnel and 1,345 vehicles deployed for clearing will work to keep roads clear in the city of over 14 million people. District municipalities will also deploy their own snow plowers and workers on the streets.
RELATED TOPICS