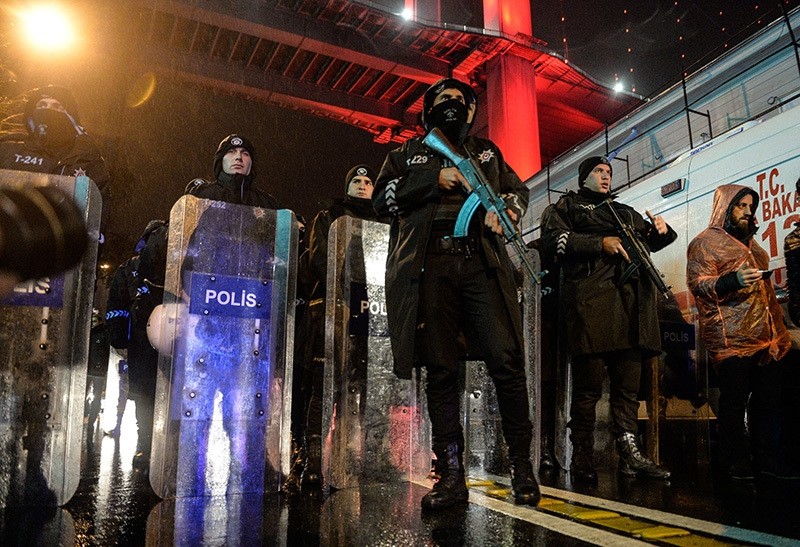 Police have launched a province wide search operation for the perpetrator who managed to escape after the attack.

24 of the attack's victims were identified to be foreigners, 11 were Turkish citizens while four victims still remain to be identified, officials said later on Sunday.

Seven Saudi Arabian, two Indian, one Canadian, one Syrian, one Israeli, two Morrocan, one Lebanese, one Belgian and four Iraqi nationals were killed, according to latest statements.

The interior minister also mentioned that 65 people are in hospitals, receiving treatment.

"4 of those injured are in a critical condition. One of them is severely injured," Soylu said.

A police officer was among the killed in the attack targeting the popular Reina nightclub in Istanbul's Ortaköy district. More than one assailant may have been involved in the attack, sources said. Over 500 people were inside the club at the time.

The attacker opened fire at the police outside the nightclub before entering and firing on people inside. Some customers jumped into the waters of the Bosporus to escape the attack, sources added.

Speaking on Sunday, Deputy Prime Minister Numan Kurtulmuş said that there are apparent evidences but it is too early to say that a particular terrorist group had carried out the attack.

Previous reports suggested that the assailant was dressed in a Santa Claus costume, however, Prime Minister Binali Yıldırım dismissed the claims.

Security measures had been heightened in major Turkish cities, with police barring traffic leading up to key squares in Istanbul and the capital Ankara. In Istanbul, some 17,000 police officers were put on duty, some camouflaged as Santa Claus and others as street vendors.