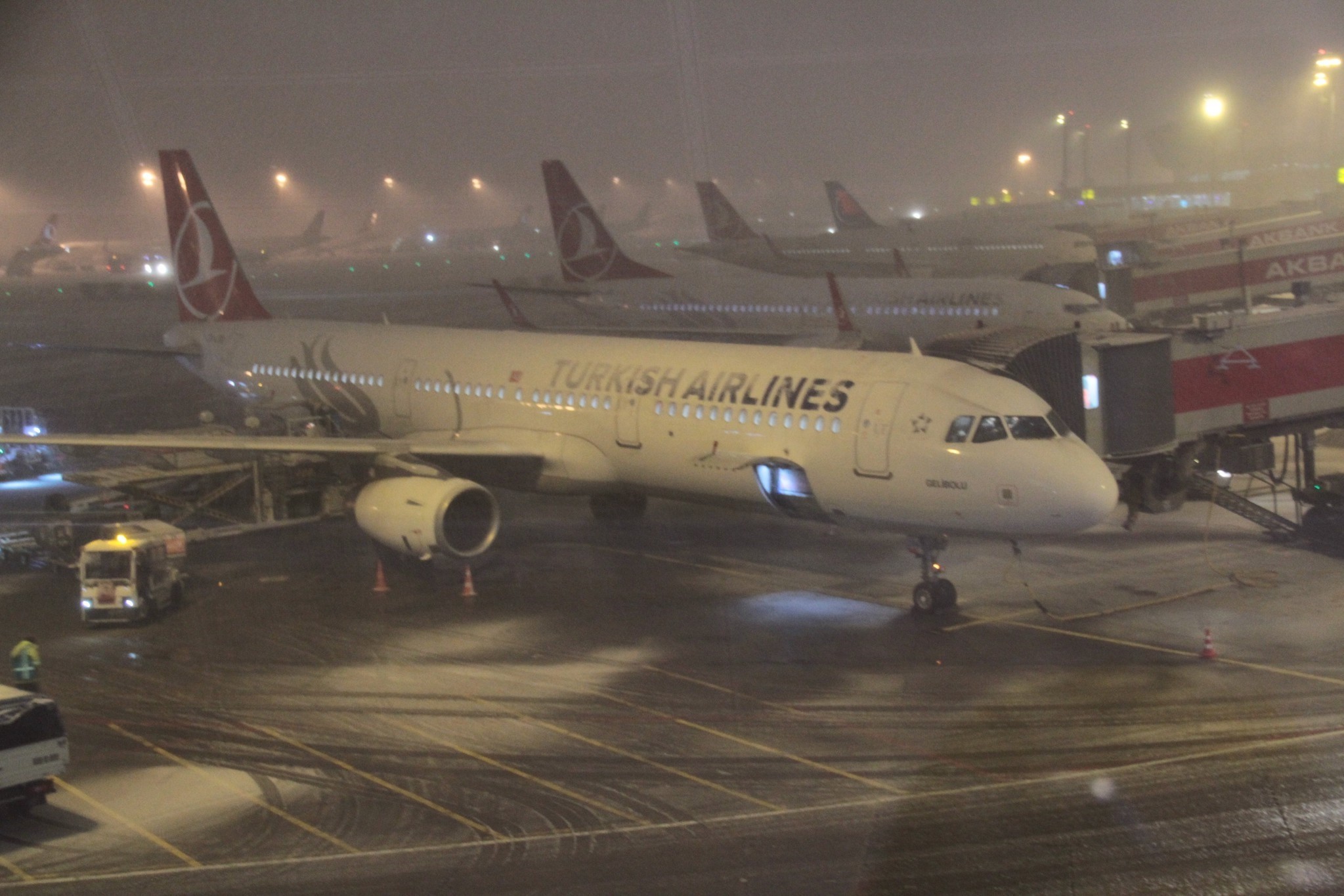 As a weekend of snowstorms prepares to grip Istanbul, a total of 802 flights have already been cancelled at Istanbul's Atatürk and Sabiha Gökçen Airports, affecting many passengers' weekend plans.

The number cancellations by Turkey's flag carrier Turkish Airlines (THY), which uses Atatürk International Airport located on Istanbul's European side as its main hub, have risen to 610 on Saturday. About 6,000 of its passengers were transferred to hotels on Friday evening due to the cancellations and 20,000 meals were distributed to those stranded at the airport. The airport is also a major hub for international and transit flights in the region, thus causing disruptions in many airliners' flights elsewhere.

Snow crews at the airports have started to clear the runway and roads, and will continue their operations during the weekend to avoid flight delays, the General Directorate of State Airports Authority (DHMİ) said.

Sabiha Gökçen Airport officials also made a statement, saying that 15 percent of the flights scheduled daily at the airport would be cancelled on Saturday and Sunday due to heavy snowfall and storms. The passengers were advised to monitor their flights on the airlines' official websites.

Meteorology experts warned that snow as thick as 40 centimeters would blanket the city while authorities warned against icy roads and urged citizens to be on alert against collapsing of roofs of buildings not strong enough to withstand the heavy snowfall.

The state-run General Directorate of Meteorology warned against "an extreme cold wave" in western and central Turkey, cautioning against a cold wave hailing from the Balkans. On Saturday, temperatures below 10 degrees of season averages are expected in western, northern and central Turkey. Temperatures will remain below 10 and sometimes 15 degrees of averages at least until next midweek.

The Bosphorus strait, which runs through Istanbul, and the Dardanelles strait further south were closed to transit shipping due to poor visibility on Saturday morning, Turkey's coastguard authority said.

The straits are one of the world's most important choke points for the maritime transit of oil, carrying over three percent of global supply, mainly from Russia and the Caspian Sea.

The waterways, connecting the Black Sea to the Mediterranean, also carry large amounts of grains from Russia and Kazakhstan to world markets.