Snowfall up to 40 cm in Istanbul disrupts traffic, flights 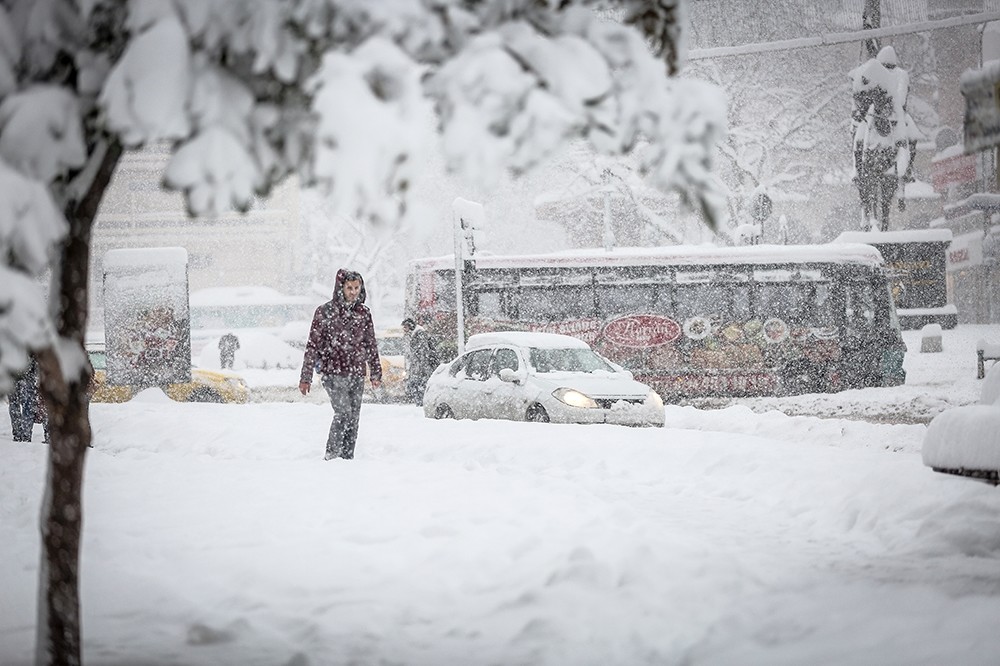 A snowstorm which started on Friday evening has disrupted Istanbul's roads on late Friday and Saturday morning. As much as 40 centimeters (15.7") of snow fell in some parts of the city and heavy snowfall is expected to continue until Sunday, while low temperatures and intermittent snowfall is expected to remain in Istanbul for five days.

While no major disruptions were observed on the main arterial roads of the city on Saturday, a pileup of 11 trucks on the highway near the district of Bahçeşehir cut the traffic on the highway for a few hours. The highway was opened after fire trucks and municipality workers towed the collided trucks. A total of 52 traffic accidents were recorded on the E5 and TEM highways.

The Istanbul Governorate warned in a statement that the heavy snowfall is expected to continue until Sunday afternoon, and urged the citizens not to go on traffic with personal vehicles unless they have to. Services in Istanbul's subway lines, which normally terminate in midnight, were extended Friday to operate until Saturday morning.

Some 1,345 vehicles and 7,000 personnel were deployed by the municipality for clearing the main arterial and connection roads of Istanbul, which total to a 7,373-kilometer-long road network.

More than 400 flights from and to Istanbul's Atatürk and Sabiha Gökçen airports were cancelled overnight due to the heavy snowstorm.

Governor of Istanbul, Vasip Şahin, said that a temporary crisis desk was formed and will actively coordinate and respond to any incidents linked to the snowstorm, 24 hours a day. The governor also said that 2,580 homeless people throughout the city are being hosted at shelters.

District municipalities are transporting identified homeless people to the shelters. Homeless people can be reported to the Istanbul Metropolitan Municipality's white desk phone line (153) or to the police (155).