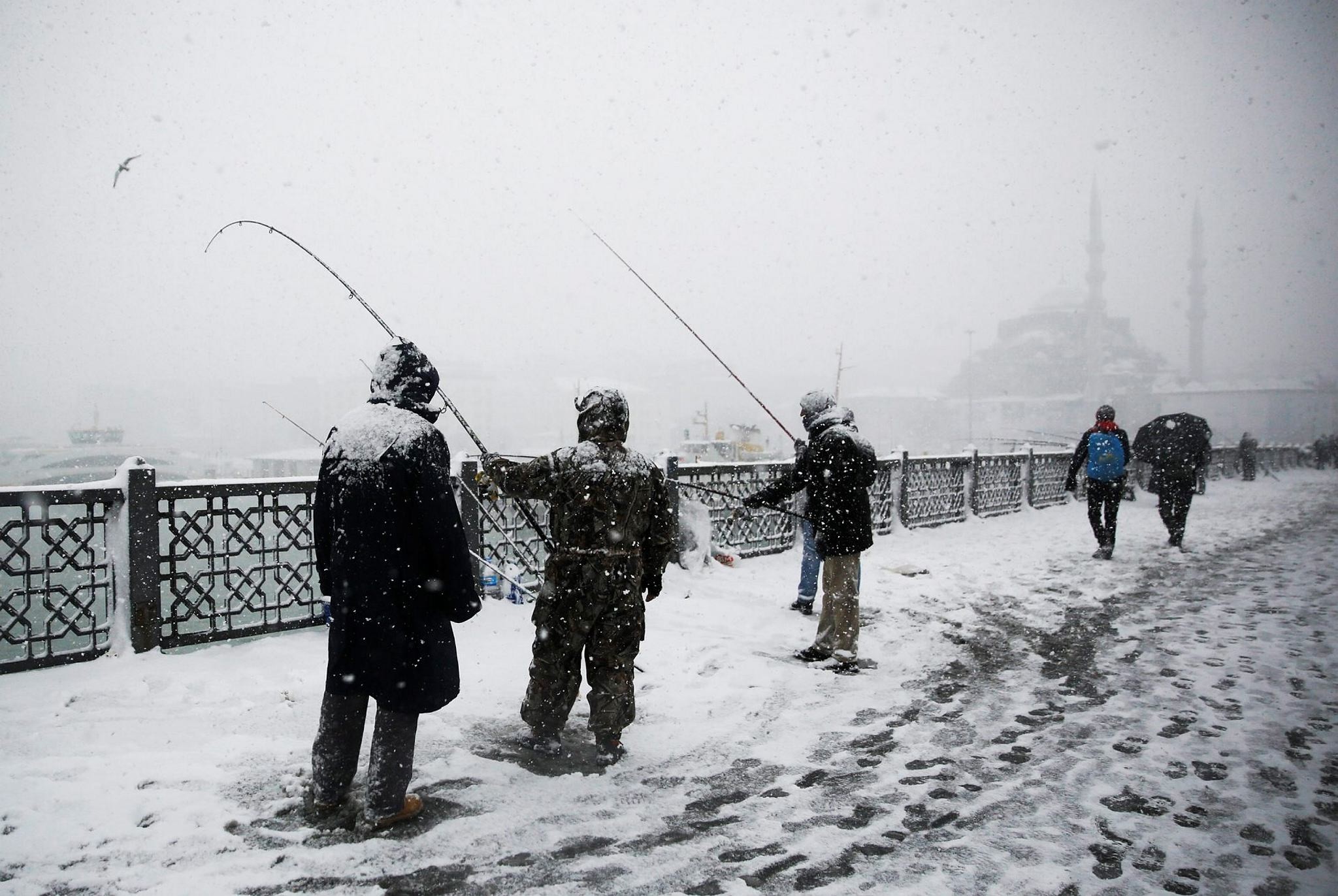 Istanbul experienced the heaviest snowfall since 2009 during the weekend with snow depth reaching 120 centimeters in some areas, Istanbul Mayor Kadir Topbaş said on Sunday.

Around 7,000 municipality personnel had worked through the night to keep roads in the city open with 1,340 vehicles as snow fell the city for the third straight day. Topbaş said that around 90 tonnes of salt and 370 tonnes of ice-melting solution were used to keep Istanbul roads free of snow and ice.

Schools in Istanbul were closed on Monday, whereas Governor Vasip Şahin said in a statement that end of working hours in public offices in Istanbul have been drawn back to 3:30 p.m. due to heavy snowfall.

The Bosporus was closed to passenger and freight traffic due to poor visibility.

More snowfall is expected for the week ahead.