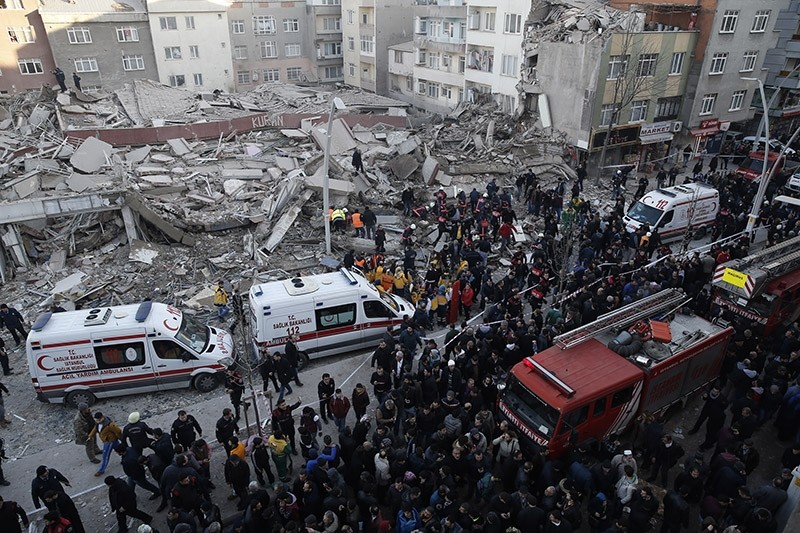 An empty building collapsed in Istanbul's Zeytinburnu district on Friday, killing at least two pedestrians and injuring 17 others.

A child an adult were killed in the collapse, according to initial reports.

Later in the evening Istanbul governor Vasip Şahin said that 17 people were injured in the collapse and are currently being treated in hospital.

"None of the 17 injured are in critical condition. 21 buildings around the collapsed structure have also been evacuated as precaution," he said.

The 7-storey tall building was evacuated by the district municipality in December 2015. The exact reason for the building's collapse has not been revealed yet.

However, the building is located some 40 meters away from the T1 tram line, and vibrations from the passing trams might have affected or accelerated the building's collapse.

A greater disaster was nearly missed since the building is located right next to a gas station.

Ambulances and firefighter units were dispatched to the scene.