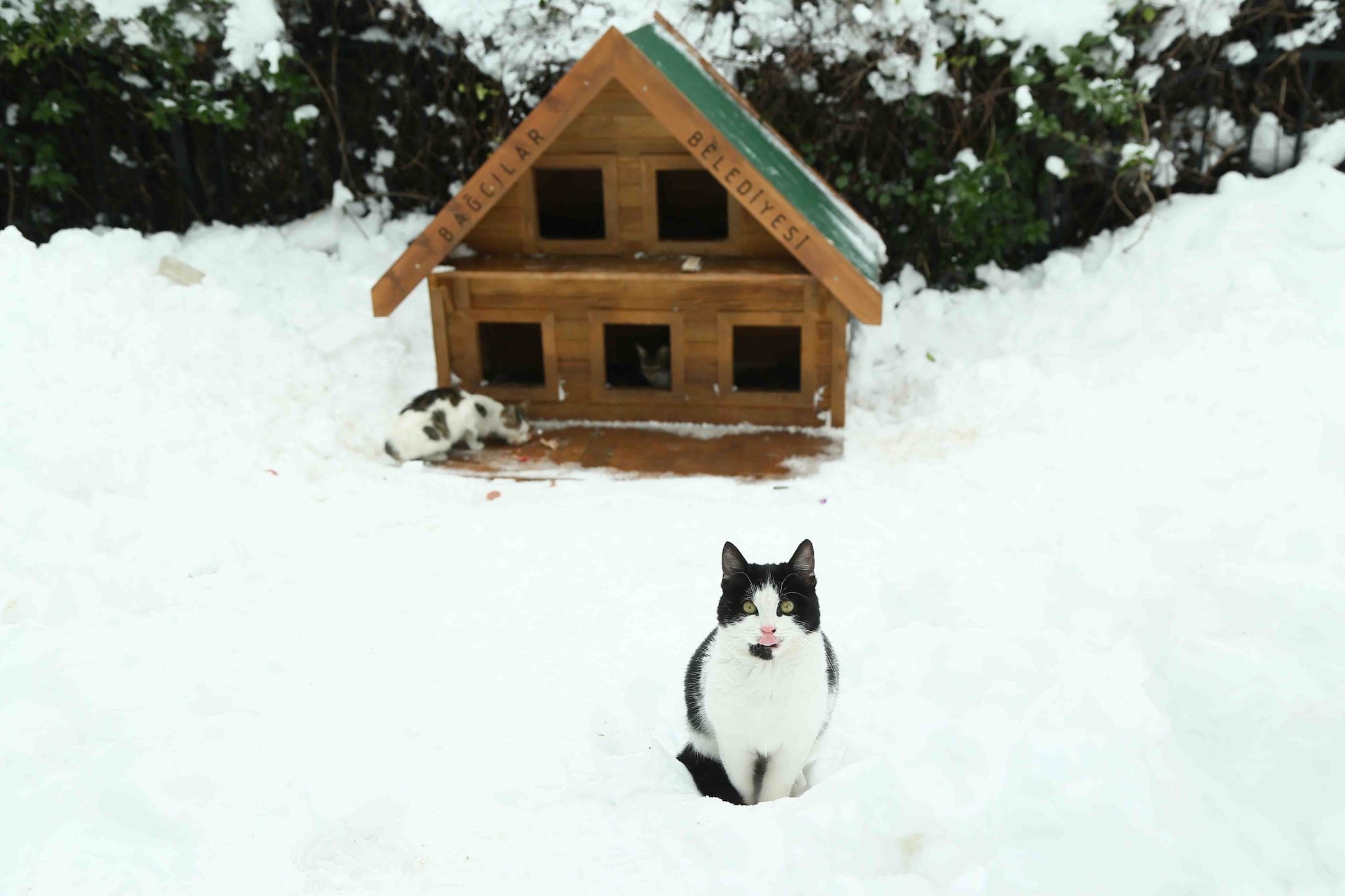 As Istanbul have experienced the coldest days for almost 10 years, municipalities have already started to launch campaigns to protect the city's famous stray cats from freezing weather.

Local jurisdictions have increased their sensitivity toward the protection of stray animals, with many of them allocating shelters for the animals to during harsh winter conditions while also putting food inside those shelters.

The heavy winter conditions have affected stray animals the most, prompting residents of Istanbul to build shelters for the animals or share their food with them. This year an increase in the projects to protect animals was observed, as many social media users urged municipalities to prevent animals from freezing.

Social media campaigns with images of frozen animals have been launched, urging the authorities to install shelters for the animals.

Other than erecting cat shelters, municipalities have also provided food for shelters built by residents.

Büyükçekmece Municipality built cat shelters in locations with a large population of cats exists with the slogan "a cat house for each neighborhood." Büyükçekmece Mayor Hasan Akgün said the number of cat shelters would be increased if such a demand comes from residents.
Akgün also said a rehabilitation and treatment center with the capacity for a total of 5,000 stray cats was needed.

Bağcılar Municipality has also placed wooden cat shelters at previously designated spots. The shelters were built by people with disabilities, who received the necessary training in courses organized by the municipality.

Esenler Municipality has placed blue-colored cat shelters in parks all over the district. The municipality also placed water and food dishes inside the shelters, with residents also pitching in to keep the dishes fresh for the cats.

In the Asian side, Kadıköy Municipality has also built cat shelters in parks and neighborhoods and provided the animals with food and water cups. In addition, the municipality organized an annual "Stray Cat Festival" where volunteers built cat shelters and installed them in appropriate places.

The issue attracted recent attention after a local group of reactionaries attacked another group for erecting a cat shelter in Üsküdar. Following the incident, Üsküdar Municipality erected a cat shelter in the same spot.