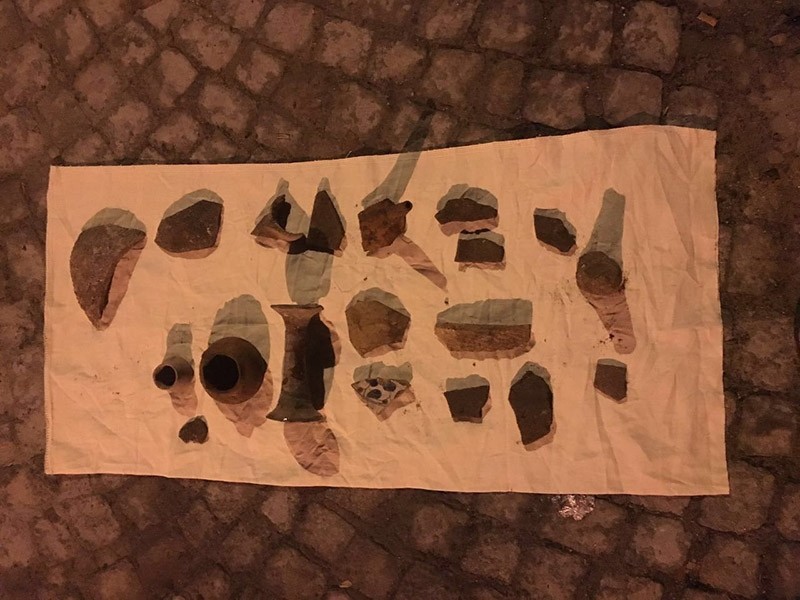 Anti-smuggling teams from the Istanbul Police Department have detained a man over illegal excavation in the city's historical Sultanahmet neighborhood, while also confiscating artifacts from the Byzantine era.

Upon receiving information of an ongoing illegal excavation under the historical walls in Sultanahmet, police units launched an operation on Wednesday, during which suspect H.Ö. was detained.

The confiscated historical artifacts were sent to the Istanbul Archeology Museum Directorate for further examination.

Suspect H.Ö. was brought to the anti-smuggling branch unit for questioning.