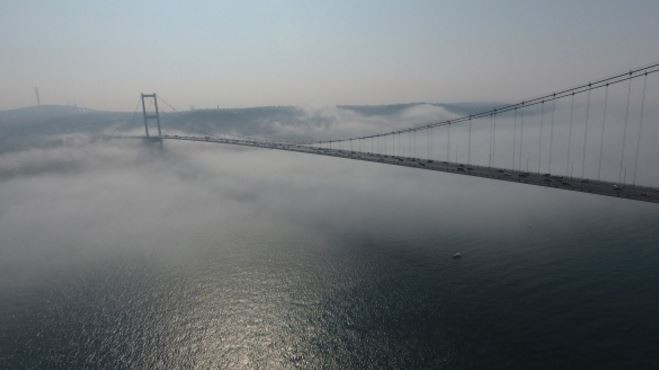 Heavy fog disrupted ferry services and flights in Istanbul on Tuesday and Wednesday.

According to a Turkish Airlines statement, heavy fog led to the disruption of flights starting from 9:00 p.m. (GMT 6:00 p.m.) Tuesday at Sabiha Gökçen Airport, located in the Asian side of the metropolis.

A total of 45 flights were canceled between Tuesday and Wednesday 10.00 a.m. local time.

Heavy fog also diminished visibility at Istanbul's Atatürk Airport located in the European side, but flights were neither delayed nor canceled.

Istanbul Sea Buses and Fast Ferries Operators (İDO) said that boat services had been temporarily delayed, or cancelled due to heavy fog in the Marmara Sea and the Bosphorus.

Various ferry services that link Istanbul to other cities bordering the Marmara Sea, including Bursa and Yalova, were also cancelled or delayed.