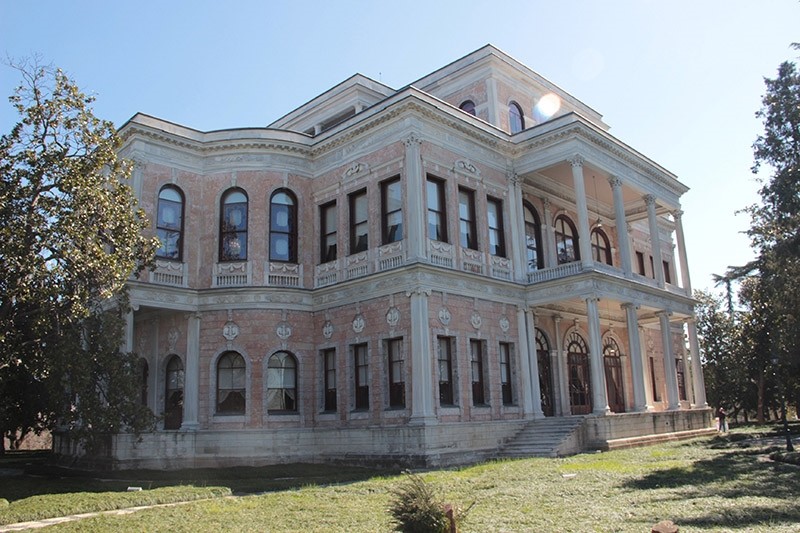 An opening ceremony was held in Istanbul Tuesday for the historic Beykoz Pavilion, also known as "Mecidiye Kasrı," which was transformed into a museum following four years of careful restoration.

The Speaker of the Grand National Assembly, Ismail Kahraman, attended the ceremony along with the National Palaces Scientific Committee Chairman, Prof. Dr. Ilber Ortaylı, the governor of Istanbul, Vasip Şahin, and the mayor of Beykoz, Yücel Çelikbilek. Representatives from the National Palaces Committee and invited guests were also present.

During a speech, Kahraman stressed that great care had been taken during the restoration of the palace, which had previously been used as a school and was then handed over to a hospital and left in desolation.

Karhaman said that historical and cultural assets could not be likened to money and that it was wrong to hand over heritage assets to various institutions. Monuments and artifacts should be kept alive at any cost, Kahraman said. He proposed that all palaces, pavilions and historical buildings should be handled by only one institution for the sake of better coordination and organization.

Referring to Turkey's rich history, Kahraman said, "Don't we have roots that spread to three continents? We must understand this, we must trust ourselves and that trust has to be with us. When necessary, we must put our feet down and say 'one minute.' We must stand tall, we must not bow."

The National Palaces Scientific Committee Chairman Ilber Ortaylı, who also gave a speech, emphasized that the restoration had been possible due to a generous budget allocated by the Grand National Assembly of Turkey and expressed his gratefulness. He said that Istanbul was in need of such a palace, as Istanbul was now one of the great cities of the world.

Construction of the pavilion began in 1845 by Mehmed Ali Pasha, Governor of Egypt. It was then presented to Sultan Abülmecid, who used it as a short term residence when he went for rides in Beykoz pastures.