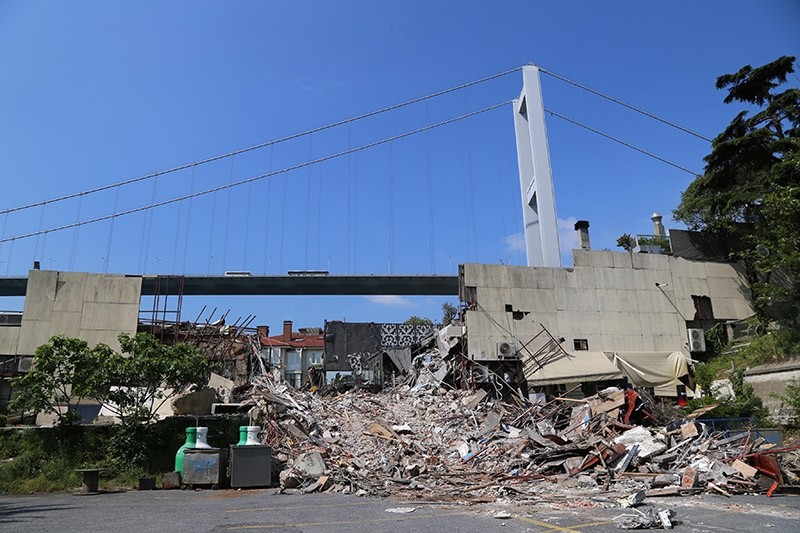 Reina nightclub in Istanbul, which was the target of a Daesh terror attack during a New Year's Eve celebration in 2016, was demolished early Monday morning.

Demolition crews worked for about 45 minutes to tear down the building, leaving behind only its entrance, media sources said.

Officials said parts of the venue located on Bosporus shore were demolished as they breached multiple building regulations.

The popular nightclub located in the Ortaköy district of Istanbul has been closed since the deadly attack, which killed 39 people and injured 79 others.

The lone Daesh gunman, who was identified as Uzbek-born Abdulgadir Masharipov, randomly fired upon revelers with an AK-47 rifle before fleeing the scene and was captured in a hideout in Istanbul's Esenyurt district a few weeks after committing the attack.

Along with Masharipov, 50 suspects were jailed over the brutal attack while six others remain at large.

A large number of militants were also killed during Operation Euphrates Shield in Syria, where the Free Syrian Army (FSA) is supported by the Turkish military in its fight to retake towns captured by the Daesh terrorist group.