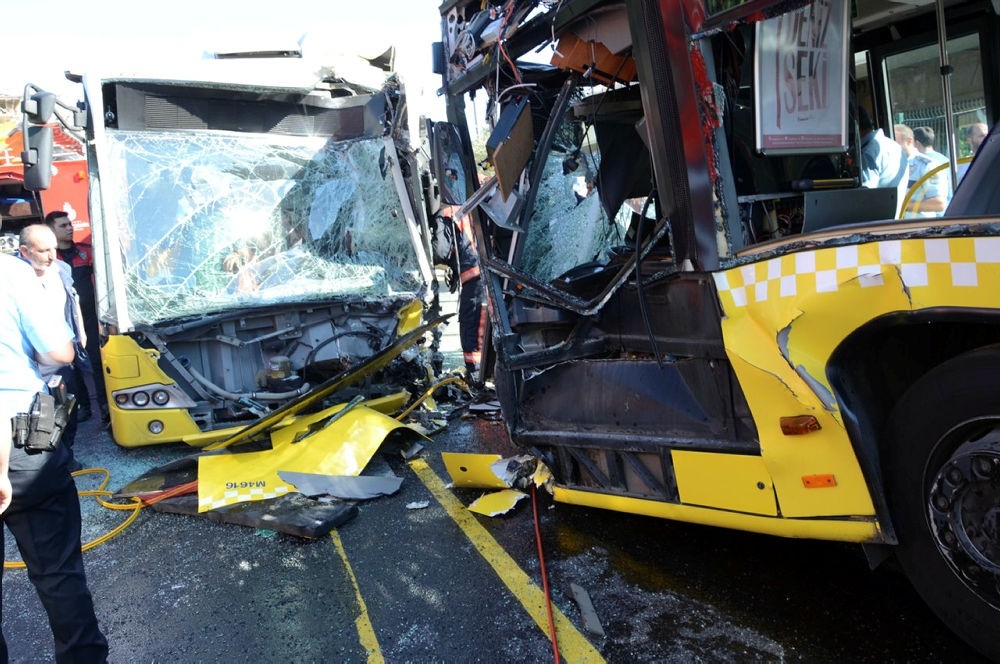 Two metrobuses collided head-on in Istanbul Sunday, killing one of the drivers and injuring 29 people, including two in critical condition.

The accident took place at the Söğütlüçeşme terminus on the city's Asian side district of Kadıköy when a metrobus, which is a public bus that travels in its own lane of the highway, dropped off passengers but failed to see another bus coming from the opposite direction.

The wounded passengers were immediately transferred to nearby hospitals, while emergency crews spent nearly an hour rescuing one of the drivers, Ali Gözderesi, who was stuck on the bus. Gözderesi, heavily injured in the accident, passed away on Monday despite all efforts.

The crash caused a temporary halt of service but the bus route went back to normal after the scene was cleared.

Last September, 11 people were wounded after a metrobus in Kadıköy left its dedicated traffic lane and crashed into two cars, knocking them aside, and smashing other nearby cars. The accident was caused by a passenger attacking the driver.