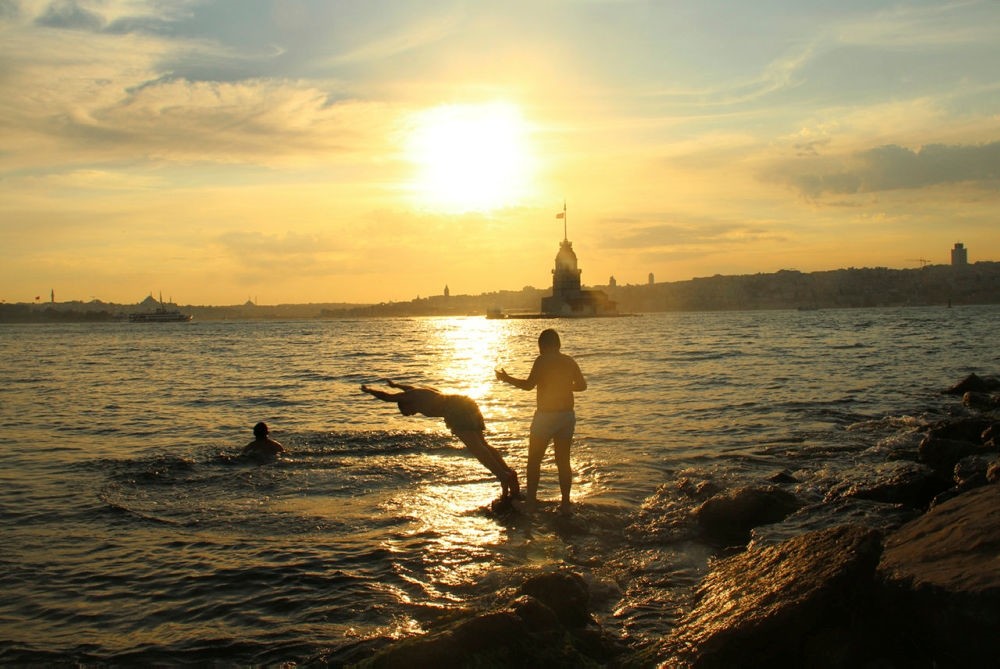 Meteorologists in Istanbul have warned of unusually high temperatures and suffocating humidity, with a forecast of 35 degrees Celsius for the city all of next week, saying people should avoid exposure to direct sunlight that could lead to sunstroke. The new warm front comes only two weeks after a string of unprecedented rainstorms and hail that drenched the city and wrought havoc.

The General Directorate of Meteorology said temperatures, already above seasonal norms, will soar in the first 10 days of August to 35 degrees Celsius, although for those out and about it could feel as high as 40 degrees Celsius in the afternoons.

The cloudy weather that has eased the city's heat started to fade Friday, and temperatures will keep increasing as wind speeds decrease, experts said.

According to the forecast, wind speed will decline to 26 kph from 47 kph.

Experts warn that the heatwave may impact both those with and without chronic illnesses. They say that lack of green spaces in cities lead to a decrease in oxygen levels resulting in chronic fatigue, a general risk during heatwaves. Long exposure to the sun and inaction, especially during long hours spent in traffic, pose a threat to even healthy people. Speaking to Doğan News Agency, Dr. İrem Öner Özkara, an internal medicine expert, says the heatwave might be particularly dangerous for people suffering from diabetes and cardiovascular diseases. "They should go outdoors less and consume water or similar drinks more. Similarly, those stuck in traffic should be careful and consume water more often."

In early July, temperatures in Istanbul rose to around 39.2 degrees Celsius, just below the highest-ever temperature in the city since records began to be kept. However, Istanbul was also hit by two rare rainstorms in 10 days in July, flooding the city both times. Experts tied the rare rainstorms accompanied by hail to a change in normal rainfall patterns in the region. "Average rainfall for one month may hit only in a couple of days and is more common in the spring and summer," Professor Selahattin İncecik from Istanbul Technical University said. Speaking to Anadolu Agency (AA), the professor linked the phenomenon to "excessive warming" due to climate change. He says more unusual rainfall patterns are expected with a strong chance of being more intense.