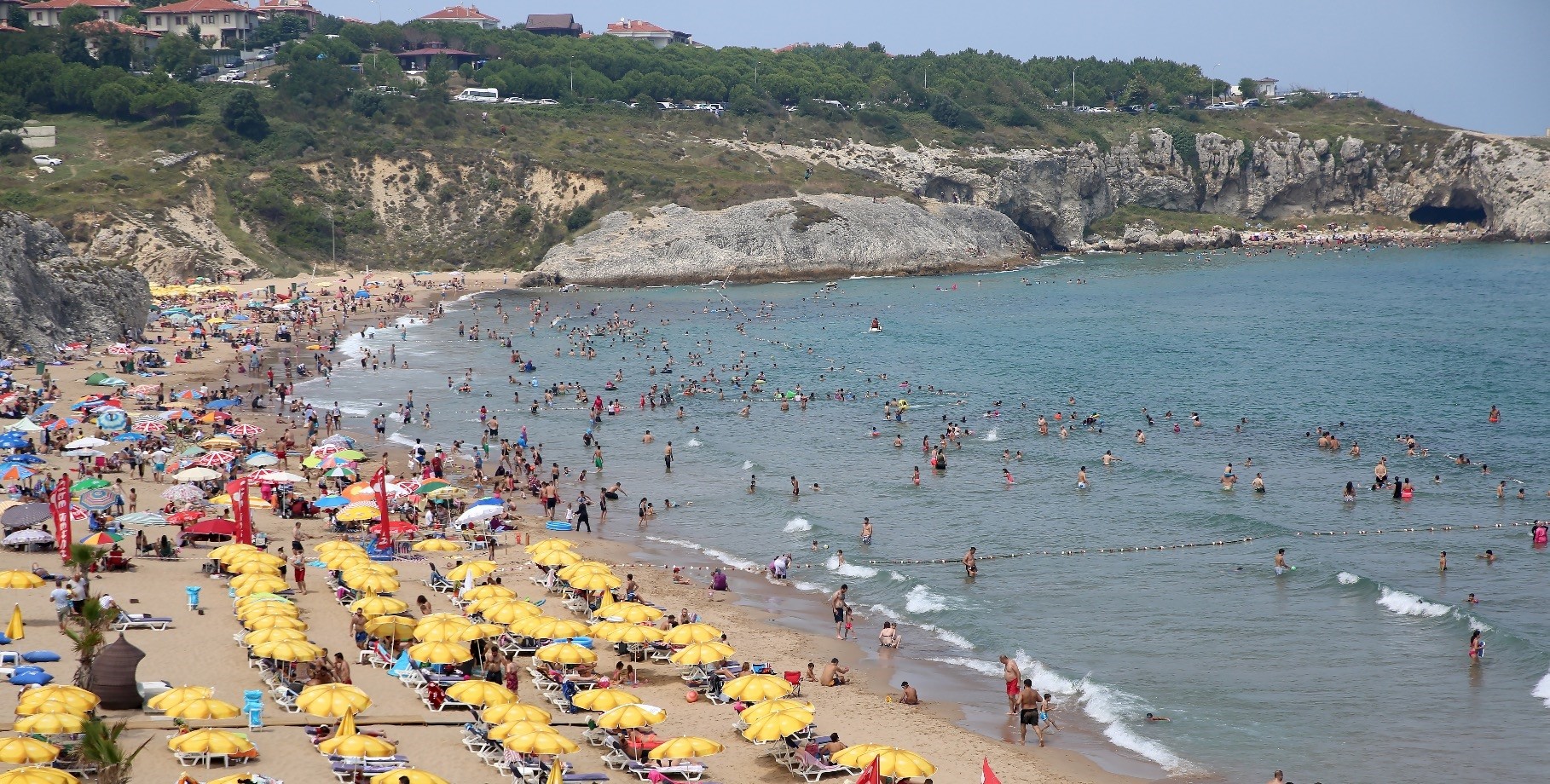 A heatwave coupled with aggravated humidity pushed many in the concrete jungle of Istanbul to find a calm shelter yesterday. As temperatures rose to 35 degrees Celsius (95 degrees Fahrenheit), anyone with a car and free time flocked to the city's beaches near the Marmara and Black Sea.

Şile beach on the Istanbul shore of the Black Sea was so popular among locals that getting to the previously serene beach proved disastrous for many stuck in traffic amid the suffocating heat, only struggle to find an empty spot on the overcrowded beach upon arrival.

Meteorologists warn against unusually high temperatures and suffocating humidity, with 35-degree temperatures to become a norm throughout the week, saying citizens should avoid direct exposure to the sun that could lead to sunstroke. The new weather pattern comes only two weeks after a string of unprecedented rainstorms that drenched the city.

The General Directorate of Meteorology said the temperatures, already above the seasonal norms, will soar in the first 10 days of August, with a felt temperature as high as 40 degrees Celsius in the afternoon hours coupled with a considerable decrease in wind speed.

Experts warn that the heatwave may impact both those with chronic illnesses and healthy individuals. They say that lack of green spaces in cities has led to a decrease in oxygen levels and therefore, to chronic fatigue, a risk in the heatwaves. Long exposures to sun and inaction, especially during long hours spent in traffic jams, pose a threat to healthy persons.