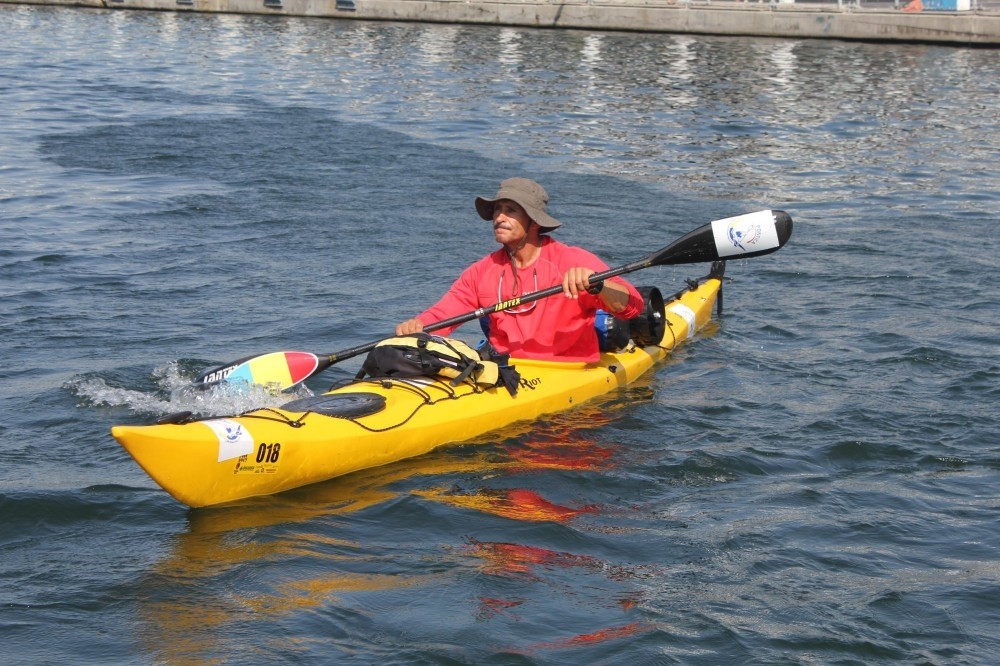 Can you traverse the immense Black Sea in a kayak and endure paddling for hours? This is what Chirazi Marian, an academic from a Romanian university in Iasi, hopes to answer as he makes a solo journey from Iasi to Russia to test his limits.

The 51-year-old reached Istanbul's Bosporus yesterday but struggled to keep himself afloat due to the strong currents. Maritime rescue crews helped Marian as he lost control of the kayak and pulled him to safety.

Speaking to İhlas News Agency, the academic says he is studying how movement affects the human body in such circumstances with devices measuring his body's reaction to the journey attached to his body. He set out from Romania about a week ago with Russia his as final destination and will sail near Turkish shores throughout his journey. His next stopover is Georgia. He will cover some 4,000 kilometers with his kayak. "The weather has been fine so far and I did not have any problems," he said about his journey from Romania. His only complaint is "feeling a bit dizzy" due to the volatile, small canoe.