Traffic congestion increases with the start of the school year 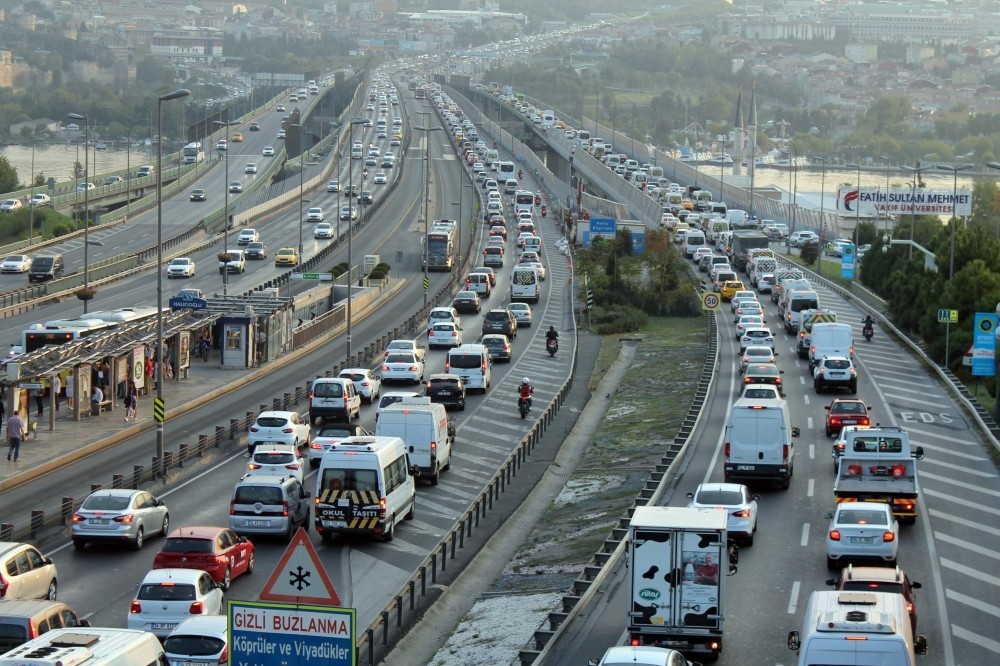 The start of the school year could be seen yesterday by just a glimpse at the traffic in major metropolitan areas across the country. Of the 17 million students on the streets, some may have been walking or bicycling to school, but majority were taken by minibuses, or "servis" as they are called in Turkish, to schools.

Istanbul's public transportation was made free yesterday in a bid to discourage people from using their personal vehicles. Still, Istanbul, the country's commercial and cultural capital, barely coped with the added weight of millions of students on its main arteries.

Only in Istanbul, there were around 14,000 student minibuses on the streets early in the morning. While many feared traffic jams, experts said the congestion was less than expected and most highways were clear my mid-morning.

Istanbul's Metrobus public transportation network that connects Beylikdüzü on the European side to Kadıköy on the Asian side with more than 40 bus stops in between was busier than normal, with tens of nthousands seeing it as the only way to escape traffic. The infamous public overpass at the Yenibosna stop was again crowded, with commuters even waiting in line to get onto the overpass.

Meanwhile, the Police Department initiated its annual safe schools drive with 12,617 officers across the nation, checking school minibuses' mechanical state and their drivers' credentials, safety at parks and gardens near schools and other potential safety hazards.

Officers will also distribute brochures to students and parents about basic traffic rules, responsibilities of minibus drivers and other tips for the children's welfare.

President Recep Tayyip Erdoğan, released a statement yesterday to mark the beginning of the school year and said the government's school reforms will continue in the future.

He said the country's 2023 and 2053 and 2071 objectives necessitated an educated generation that was open to enquiry and had future goals. 2023 is the centenary of the Republic's establishment, while 2053 600th year of the Ottoman conquest of Istanbul, or Constantinople as it was called then, and 2071 the 1,000th anniversary of the Battle of Manzikert, seen as the key battle that opened the way for Turkish conquest of Anatolia.

He also reiterated the threat posed by the Gülenist Terror Group (FETÖ), which he said penetrated the tiniest of arteries of the nation over the last four decades. "The July 15 coup attempt is a bitter example of what happens when negligence and ignorance affect education."

Prime Minister Binali Yıldırım, speaking Monday in the southeastern province of Şanlıurfa, said the changes in the curriculum aimed at providing equal opportunity for all students from kindergarten to university and introduce an education system with a basis in science.

He attended the opening ceremony held at the Şanlıurfa Hacı Abdurrah Özdemir Middle School. Changes in the curriculum were based on changes happening across the world. "There will of course be changes. The world itself is changing and our young need to be ready for it."