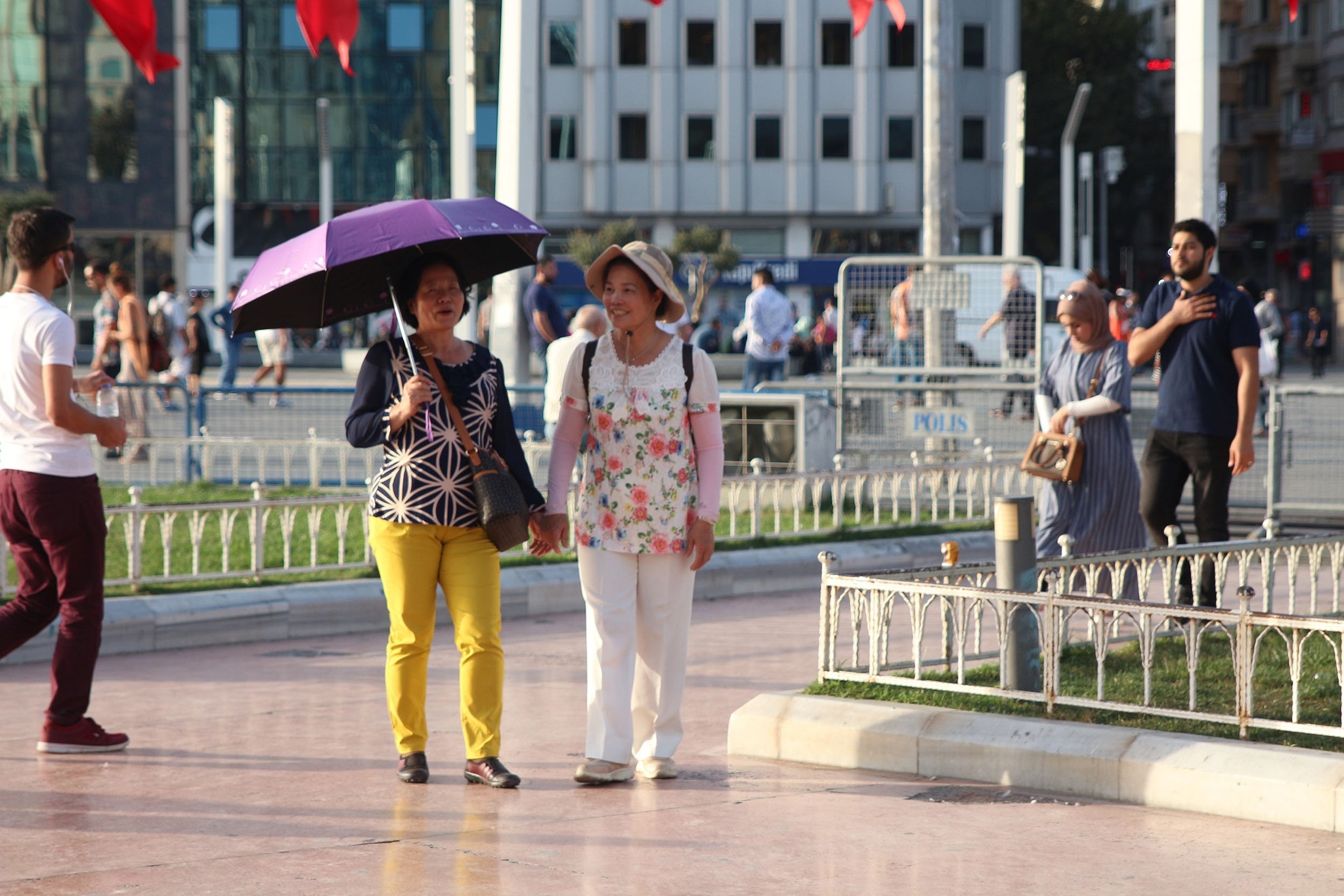 The temperature hit 39.5 degrees Celsius on Wednesday in Istanbul — the highest reading ever recorded in the province for the month of September, according to the Meteorological Department.

Forecasters said the reading was nearly two degrees above the previous high of 37.9, which was recorded on June 6, 2015.

Officials have urged the public to avoid being outside directly under the sun between 10:00 a.m. and 04:00 p.m., and told them to drink lots of water and wear light-colored, lightweight clothing amid the heatwave.

However, Istanbul and the Marmara region, as well as the coast of the Aegean region, is set to see a rapid drop in temperatures by six to 10 degrees starting from Thursday this week. The European part of Turkey should also expect heavy showers to accompany the temperature drop from the afternoon onwards, meteorologists warned.

The central and northwestern parts of the country will also experience a drop in temperatures on Friday, and the northeast will see a break from the intense heat over the weekend as temperatures retreat to near average in most locations.

For the past few weeks, temperatures have hovered above seasonal norms and this expected drop will mean a return to normal temperatures.