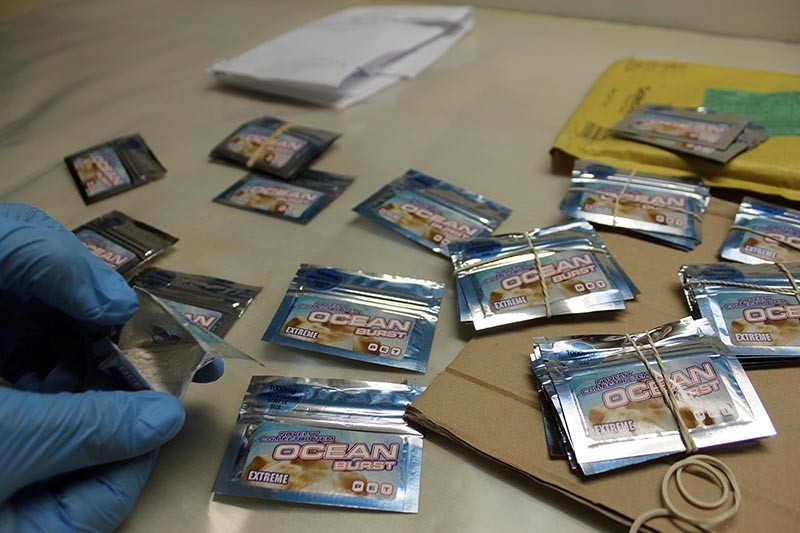 During routine checks in the post office, police officers intercepted 50 small packages with the deadly drug in a cargo that was sent to Turkey from Spain. Officers discovered the narcotics hidden in a package with an inscription called "Ocean Burst" after police dogs named Baron and Aika alerted the officers to check the cargo box sent from Barcelona to Istanbul.

The person identified as S.O., who came to Esenyurt Post Distribution Center to claim the package, —even though his name was not included in the receiver line,- was taken into custody by police officers.

Police reportedly found a yellow press card on him during body checks. Investigation revealed that S.O. had previously reported about the drug. Later on, S.O confessed that the sender is his cousin.

People who use the zombie drug can display cases of bizarre and uncontrollable behavior. Though it is a relatively new synthetic drug, data from the National Institutes of Health (NIH) have shown it to be as potent as methamphetamine, yet with an even higher propensity for addiction development in those who abuse it.