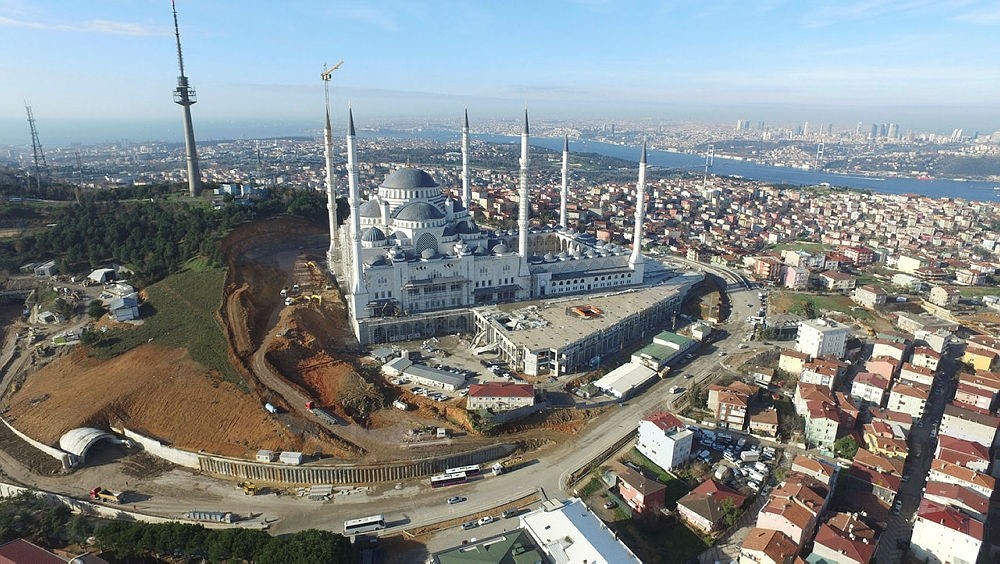 Istanbul's towering Çamlıca mosque will be inaugurated in the half month of Ramadan in 2018, which will start in mid-May, as the last decorations on its dome finish.

Personally supervised by President Recep Tayyip Erdoğan, Turkey's biggest mosque has been under construction since 2013. The project, which also includes a library, a museum of Turkish Islamic arts, design workshops and conference rooms, has been built on a 15,000-square-meter (161,000-square-foot) area.

The hand-painted decorations on the dome, which is 35 meters in diameter, are about the finish, Ergin Külünk, an official working on the project said, adding that there are still one thousand construction workers at the site for the last touches.

The world's biggest finial, which is 7.77 meters long and has a weight of 4.5 tons, was already placed on top of the dome. The nanotechnology engineered stainless steel finial was made by a Turkish firm and was turned into gold color after a special process.

Meanwhile, the Üsküdar Municipality is organizing daily informative tours for local community to the construction site.

The mosque is designed to accommodate up to 60,000 worshippers and visible to all from its perch on a hill on Istanbul's Asian side. Its inaugural prayers was on Laylat al-Qadr, one of the holiest nights in the month of Ramadan, in July 2016 while the mosque was still under construction.