Historic Armenian orphanage to be revived in Istanbul 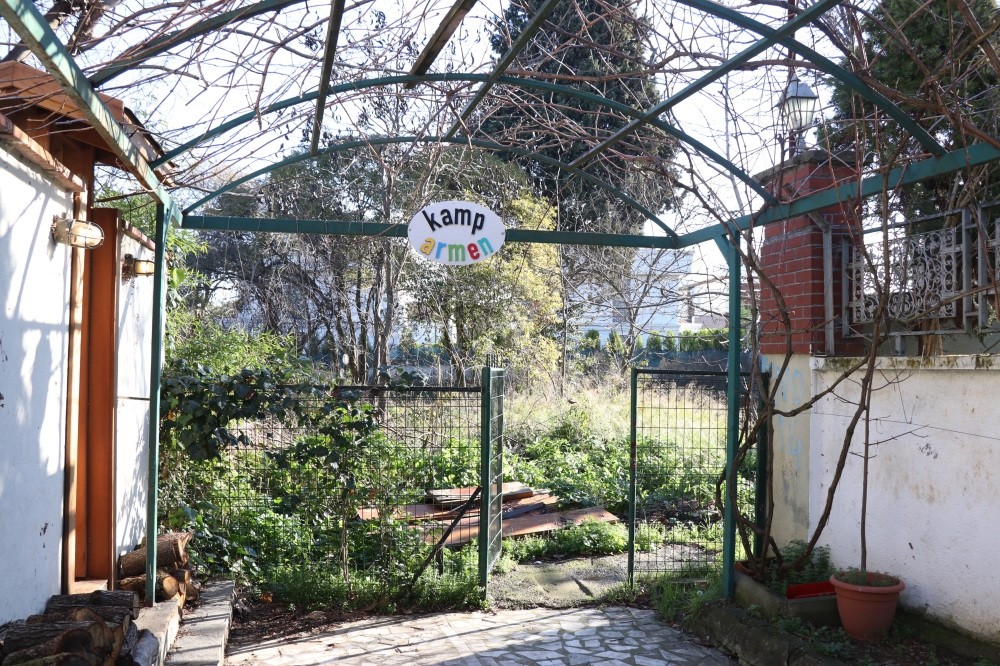 The gate of the orphanage that once housed Armenian children from across Turkey. The Armenian community had staged protests to stop the demolition of the orphanage by its then owner three years ago.
by Daily Sabah Jan 19, 2018 12:00 am

Kamp Armen, an orphanage built in the 1960s for Armenian children, will find new life at its original site in Istanbul after it was returned to the Armenian community, with the addition of children's and youth social facilities to the new orphanage being undertaken by an Armenian architect

An orphanage that was a center of dispute three years ago between the Armenian community and its owner will undergo a major transformation this year. Kamp Armen, built in the 1960s for Armenian children and which counts prominent late journalist Hrant Dink among its previous occupants, will be rebuilt and serve as a social facility for children and youth.

The orphanage is located in Tuzla on Istanbul's Asian side and little remained of the original building as it was partially demolished due to risk of collapse. Kevork Özkaragöz, an Armenian-Turkish architect, spoke to Anadolu Agency about the project that will transform the site. He said local municipalities were helpful in cleaning the area and demolishing the building. "We resolved legal problems for construction at the site and we will start it within the next four months," Özkaragöz said, referring to a December decision by the Istanbul Municipality Council to change the status of the site to allow construction. Still, funds are needed to accomplish the project and Özkaragöz has appealed to the Armenian community to help finance the project.

Once complete, the new orphanage, which will be built on 4,840 square meters, will include a 100-bed orphanage, workshops, exhibition galleries, auditorium, multi-purpose halls and other facilities. The architect says they will also add a memorial corner where the history of the orphanage will be shown for visitors. The new orphanage will be two stories and more modern. "Kamp Armen in the past was more like a summer camp and was partly built by children staying there," Özkaragöz explained. He says they will also preserve trees around the orphanage that were planted by the children who stayed there before its closure decades ago.

The orphanage was originally located inside an Armenian Protestant Church in the 1950s that housed children from Anatolia, whose Armenian population had dwindled over the years.

The state confiscated the orphanage in 1987 and then sold it. It changed hands several times over the years, and the last owner, having decided to demolish it, faced large demonstrations and protests in 2015. Following a sit-in protest at the site, the government intervened and resolved the dispute that concluded with the owner returning the deed to the property to the church foundation.

Turkey had enacted a controversial regulation in 1936 that banned the donation of real estate to churches and temples of non-Muslim communities, paving the way for the confiscation of properties from minority communities. In 1974, a ruling by the Supreme Court of Appeals had enabled the state to confiscate the properties minorities acquired after 1936. Properties have been returned to their original owners, and in the absence of an owner, they are taken by the Treasury and sold. In 2011, Turkey amended laws for the return of properties without current owners to the minority communities they were confiscated from.