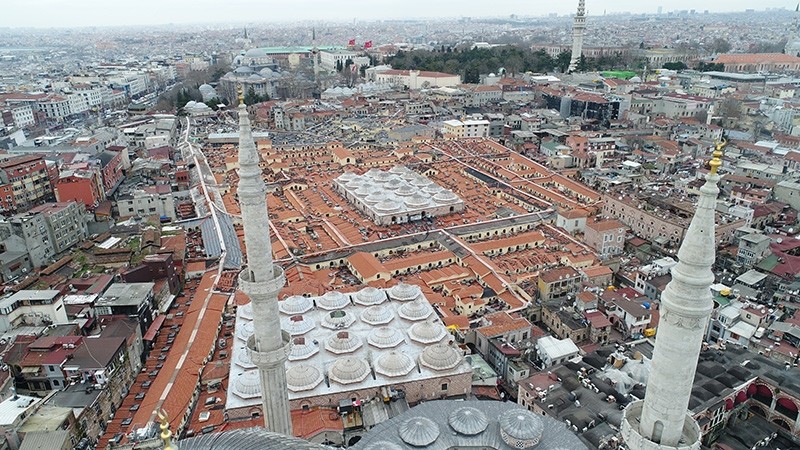 Restoration works on the 233-year-old roof of Istanbul's Grand Bazaar are set to be completed in April.

The 39,000 square meter roof, which covers one of the world's oldest and largest markets, has taken roughly a year and a half to restore, with attention given not only to structural soundness but also the aesthetic issue of visual pollution.

Eyesores like messy wiring, satellite dishes and air conditioners have been cleaned up, leaving the bazaar's red tile roof looking fresh, as seen in images taken by a drone.

"The Grand Bazaar is a historic bazaar but there is no objection to supporting it with technology," he said.

Work on the roof has been carried out during the daytime, while the bazaar's waterworks are restored at night, Demir added.

The restoration was carefully planned to ensure no damage would be caused to the historic site, explained Demir.

"Before excavation, we examined all the substructures together with the existing channels made during the Ottoman period with special techniques and robots," Demir said.

Construction of the Grand Bazaar began in 1455, shortly after the Ottoman conquest of Istanbul, to facilitate growing commerce in the port city. Today, a network of 61 covered streets and over 4,000 shops attracts up to 400,000 visitors every day.