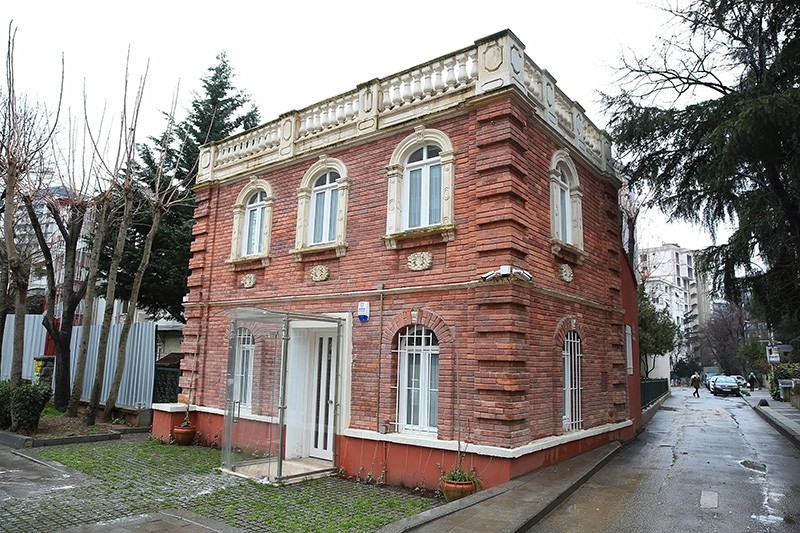 A historic house museum honoring the contemporary Turkish playwright and author Haldun Taner is set to open in Istanbul's Kadıköy district on March 16.

The building, located in Kadıköy's Feneryolu Quarter and considered a second-degree historical monument, was restored and transformed into the Haldun Taner House Museum.

Main displays include documents, photographs and personal items of Taner.

"Haldun Taner is one of the most valuable names in literature and theatricals. We wanted to keep it alive with his works and values," Kadıköy Municipality Mayor Aykurt Nuhoğlu said ahead of the museum's opening.

The venue will also host literature and theater-related events, as well as playwriting and story-writing courses to encourage youth authors to contribute to Turkish theater.

"I believe that the young writers who come to this place will open their horizons and valuable plays will come out of here," Nuhoğlu added.

In the future, the museum plans to display other literature and theater-related exhibitions and build a library of Turkish indigenous theater plays.

The opening ceremony of the museum will take place on Friday, March 16 at 3 p.m., attended by the playwright's wife Demet Taner and Mayor Nuhoğlu.

Born into a well-educated family in Istanbul in 1915, Taner studied in Vienna and Heidelberg after his secondary education at Galatasaray High School. He taught drama at Istanbul University and worked as a journalist for daily newspapers.

During his years in Germany and Austria, Taner made observations on German people's perception of the Turkish people. His experiences allowed him to reflect the relationship between the German and Turkish people in his stories through an ironic but simple discourse.

His works have been translated into multiple languages. "The Ballad of Ali of Kashan" is a satirical epic play available in Polish, German, Bulgarian, English and Russian. It attracted much attention in Europe and is still considered among the major works of Turkish dramatic writing. A TV series and film adaptation of the play was screened in previous years, and the play is still performed at state and city theaters around the country.

Taner published seven short story collections, 10 plays and six cabaret pieces. The English translations of his stories are compiled in the book "Thickhead and Other Turkish stories," published by UNESCO.

Taner died in 1986. His 100th birthday was honored in 2015 with artistic events across Istanbul.