Istanbul remains expensive both for the living and the dead 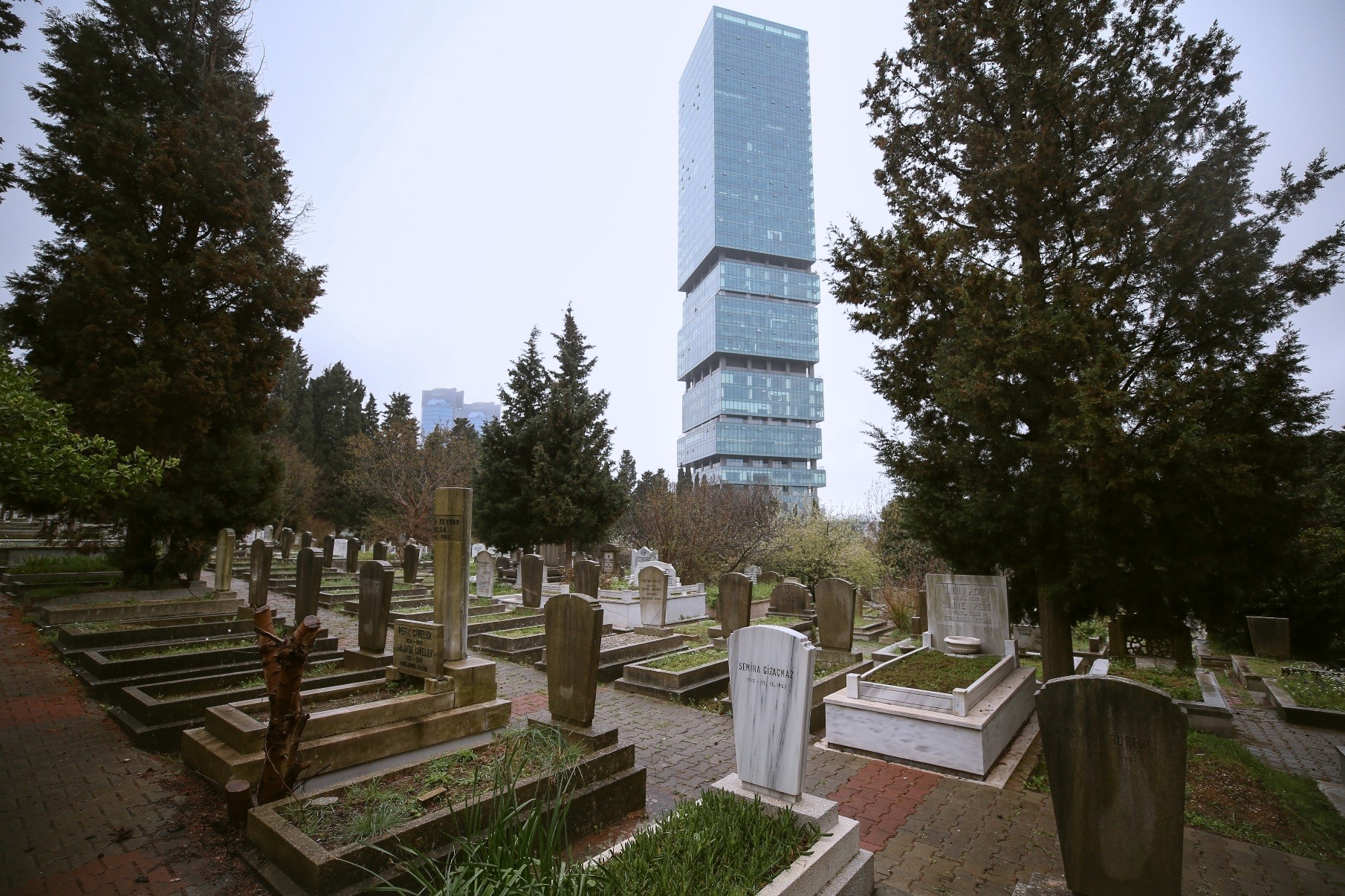 Zincirlikuyu, located in one of the most pricey locations for housing, also is the most expensive cemetery with plot prices surged to TL 25.000.
by Daily Sabah with AA Mar 26, 2018 12:00 am

Turkey's most populated city Istanbul is also among the most expensive with a relatively high cost of living. The same applies to death as well; a nice grave can cost up to TL 25,000

Istanbul is the most expensive city in Turkey in terms of housing. The same goes for finding a resting place at a reasonable price for the dead. Finding a burial plot in this city where more than 14 million people live is already a grave concern, if you will pardon the pun. The price for an empty plot rose to TL 25,000 in cemeteries in central districts this year though many do not accept applications for new plots due to a lack of vacancies.

Istanbul has some 564 cemeteries, including 67 for people of faiths other than Islam. The city municipality oversees the maintenance and pricing of grave plots. If you are in no hurry to buy a plot, it is cheaper for your family to buy one once you are deceased. For those seeking a special plot long before their eventual death and preferably in a "popular" cemetery in central Istanbul filled with late celebrities, the price skyrockets. In Zincirlikuyu, a cemetery in the heart of Istanbul's European side, right next to a financial hub, families have to pay TL 6,000 for a deceased relative, and if someone decides to reserve their plot in advance, the price is TL 25,000.

Still, paying the high price does not mean a free pass for Aşiyan and Zincirlikuyu, two cemeteries in upscale neighborhoods or Edirnekapı and Karacaahmet, historic, sprawling burial grounds. Currently, there are no vacancies in those four cemeteries except for family plots where the relatives of the deceased interred there can be buried.

Grave plot prices vary based on the state of the economy and geographical and physical features of cemeteries, and they gradually decrease if they are more vacant and farther from the city's central districts. In Eyüp, a cemetery in the eponymous district, where popular figures from religious leaders to prominent poets are buried, a grave plot costs TL 10,000, but the family of a deceased person has to pay only TL 1,100 for allocation of a grave plot though it is difficult to find an easily accessible plot due to decreased vacancies. In Bahçeköy cemetery, on the other hand, an empty plot is only TL 2,000 if you personally apply, as it is a relatively new cemetery with more empty plots than other cemeteries.

Struggling to find new space for the deceased, the municipality opened up five new cemeteries on the European side and three new ones on the Asian side last year. Officials also consider opening new ones in line with demand as the population shifts to suburbs. The municipality also offers free transport of corpses if he or she or their families request the dead to be interred in their hometowns. An average 60,000 or more people die every year in the city according to statistics, and officials say some families request the burial of a family member in the grave of another family member to save space.