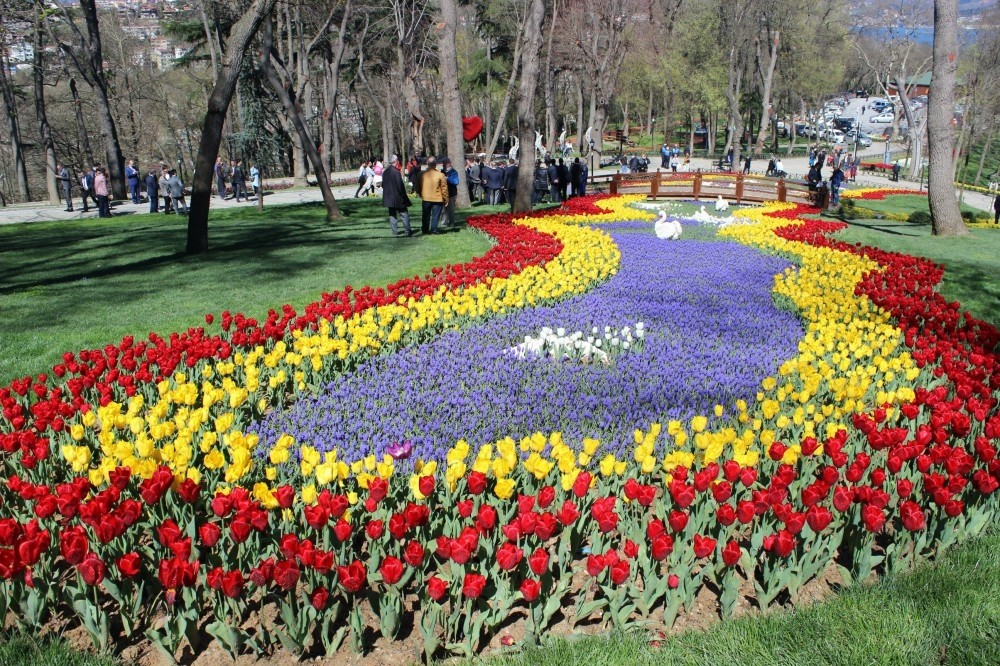 The festival began at Emirgan Grove where millions of tulips were planted.
by Compiled from Wire Services Apr 04, 2018 12:00 am

The 13th Tulip Festival officially opened yesterday in Istanbul, marking the start of month-long festivities themed with the flower in all its colors.

The city's administrators joined photographers and an enthusiastic crowd to Emirgan Grove, an oasis in city's concrete jungle, to see freshly planted tulips that offer a breathtaking vista. As an event that will precede the Flower Festival planned for May, some 30 million tulips were planted across the city. Workers adorned Emirgan grove alone with 3.5 million tulips hauled from flower fields all across the country.

Speaking at the opening of the festival, Istanbul Mayor Mevlüt Uysal said they planted some 125 different species of tulips across the city. Apart from the prominent display of tulips all across the city, particularly in groves that give a respite for Istanbulites from the hubbub of daily life, the festival will also focus on events related to the flower. The "world's largest tulip carpet" as it is touted by the municipality, will be on display at city's Sultanahmet Square, home to the Blue Mosque and other landmarks, starting on April 11. Painting exhibitions, as well as marbling and calligraphy exhibitions focusing on the ubiquitous flower, will be held in several venues on city's European and Asian sides throughout the festival. The festival also includes a women's tennis tournament named the "Tulip Cup" and a beach football tournament between university teams.