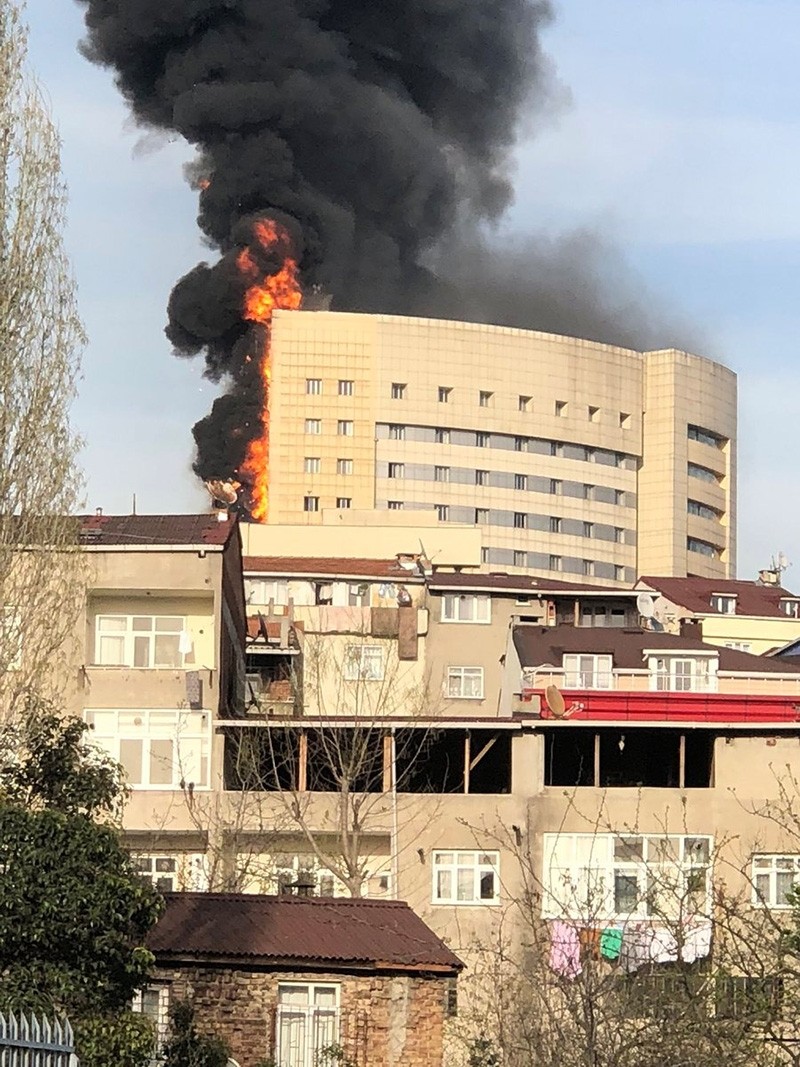 A large fire broke out Thursday afternoon at the Taksim Training and Research Hospital in Istanbul's Gaziosmanpaşa district, prompting patients to be urgently evacuated onto the streets.

A large crew of firefighters was dispatched to the scene to contain the blaze, which reportedly broke out on the hospital's roof. According to the fire crew, the fire was brought under control and no lives were lost.

Speaking to reporters at the scene, Istanbul Governor Vasip Şahin said the fire was partially under control and no casualties have occurred so far.

"The firefighters have been able to reach all floors and are responding to the fire... There is only smoke inside the hospital. The flames are just on the wall and the roof of the building. The firefighters are trying to eject the smoke," Şahin said..

Images from the scene showed a plume of black smoke and flames engulfing the top floors of the hospital.

Buildings near the hospital were also evacuated against the possible risk of catching fire.

The extent of the damage has not yet been confirmed.