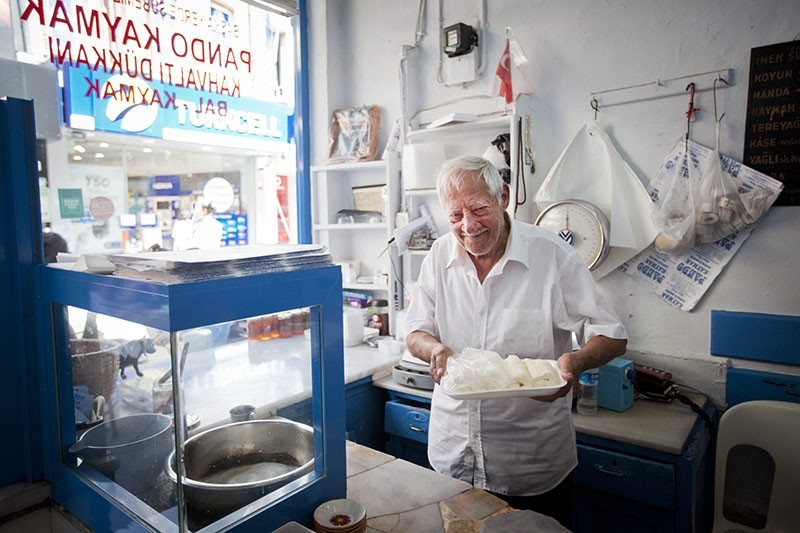 Pandelli Shestakof, who was known as "Pando the cream maker" not only to the locals in Beşiktaş but to many throughout Turkey, died Monday at the age of 92.

Shestakof's nephew Luben Shestakof told Anadolu Agency on Tuesday that his uncle had been suffering from various health problems after 2014, when he had to close his 120-year-old breakfast shop that had reached nationwide fame.

Shestakof added that Pando also lost his sight in the last two to three years, and had been receiving treatment for kidney related diseases at the Balıklı Greek Hospital in Istanbul.

Pando's funeral will be held Thursday at the Bulgarian Cemetery Church in Feriköy neighborhood.

Pando Kaymak, a breakfast cafe opened in 1895 near a busy square of the Beşiktaş district and taken over by Pando in 1958, was famous for its milk cream and other delicacies served by Pando and his wife Döne.

Despite a social media campaign, countless newspaper articles and television reports, the shop was closed in 2014 after its owner was ordered by the landlord to leave after the two failed to reach an agreement regarding the shop.