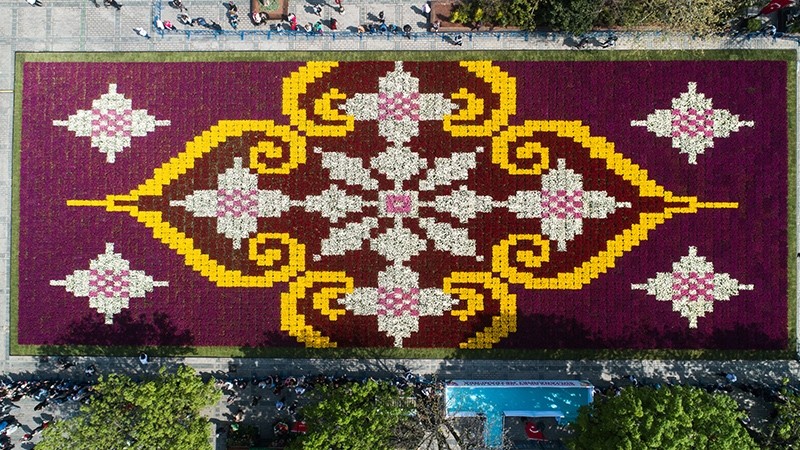 Since the beginning of April, every corner in Istanbul blossoms with tulips, the flower identified with the city itself. As a part of the 13th Tulip Festival, the Istanbul Metropolitan Municipality introduced the biggest tulip carpet in the world in Sultanahmet Square on Thursday.

The 1,734 square-meter tulip carpet is made of 565,000 tulips in different colors and creates a traditional Turkish carpet motif.

Taken from the Turkic homeland in Central Asia's Pamir Mountains to Anatolia and spread worldwide, the tulip is the symbol of Turkey and Istanbul. The tulip was brought to Europe in the second half of the 15th century. Tulip bulbs sent by the Austro-Hungarian Empire's ambassador in Istanbul, Ogier Ghislain de Busbecq, who was also a botanist, first arrived in Vienna and then in the Netherlands where tulip fields cover most of the country.

The tulip carpet in Sultanahmet Square will be on display until the end of the month.
Last Update: Apr 12, 2018 5:45 pm
RELATED TOPICS